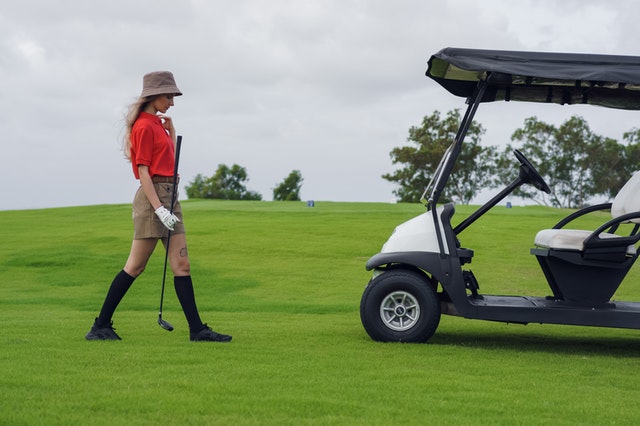 6 Reasons to Buy Your Own Golf Cart

Owning a golf cart is often preferable over borrowing a friend’s or trying to rent one at a golf course. It makes reaching the course and traversing between holes so much quicker, so getting some holes in during lunch or late afternoon becomes possible again. If you’re suffering from a few mobility issues, walking distances might be troublesome. That won’t be an issue as an owner. Here are six reasons to buy your own golf cart.

Nothing Is More Convenient on a Golf Course

Other forms of transport on a golf course aren’t as convenient. For golf course management, they frown on other transport types because of the risk of damaging the fairway. Carts are designed not to leave damage in their wake, as long as their maximum recommended load is never exceeded, and the cart is well maintained.

Golf carts provide easy transport between holes. They also can carry a full set of golf clubs in their bag and other items like some water or other beverages. They will need some maintenance, just like any other vehicle. Batteries do eventually need to be replaced too. Fortunately, batteries can be sent to your home and are simple to swap in and out. So, you can avoid downtime as an owner or needing to temporarily rent access to a golf cart if your batteries are dead.

Getting around when older can become progressively more difficult. Aging takes a toll on the knees, hips, ankles, etc. Walking too far can be the deciding factor between hitting the course or skipping it too frequently. However, when able to take a load off, it’s possible to still get a round of nine holes or possibly even make it around the full course. Golf carts can help to keep you active for longer because they limit the walking to what’s manageable for the day. Overexertion on the joints is prevented, which helps avoid injuries that would be harder to heal from as a senior.

While we wouldn’t recommend going truly off-road to the irregular ground where it might run into difficulties, golf carts can still be used in flatter, private areas. Whether moving around an extensive apartment complex or elsewhere, they can be a useful secondary transportation option.

Once at the golf course, they’re inexpensive to operate compared to re-fueling the auto. If you need to get from one side of the course to the other to meet someone, that’s cheaper to do using electrical power rather than gasoline. So, you can meet friends, family, or golfing buddies at their cars and take them to the course. When golfing regularly, the costs add up fast, so every little bit helps control those.

Fits Into Your Lifestyle

We’re all living busier lives now. It’s harder to fit in sports or recreational activities because there’s commonly less time for them. Completing an 18-hole course will require less time than it once did after acquiring a golf cart. There’s no need to spend time arranging to rent one. Also, you won’t be walking extensively on foot either. As such, you’ll fit in a few holes more regularly in smaller time slots because you own a cart. Also, you’ll want to get the most use from its ownership, which provides another incentive.

Getting a golfing cart makes the game more pleasant. It’ll also keep you golfing into your senior years if you are concerned about that. It’s a win-win.