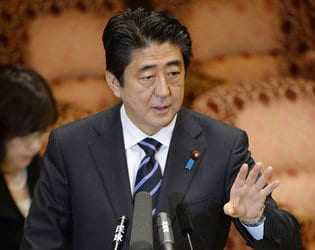 The Japanese Prime Minister has warned his officials to exercise care in the aftermath of controversial comments made by a ruling party lawmaker who identified wartime sex slavery sufferers as hookers.

Prime Minister Shinzo Abe on Friday issued the warning during a House of Councilors meeting.

He advocated Japanese government and ruling party officials to make opinions based on the recent Seoul-Tokyo settlement of Japan’s wartime sex slavery.