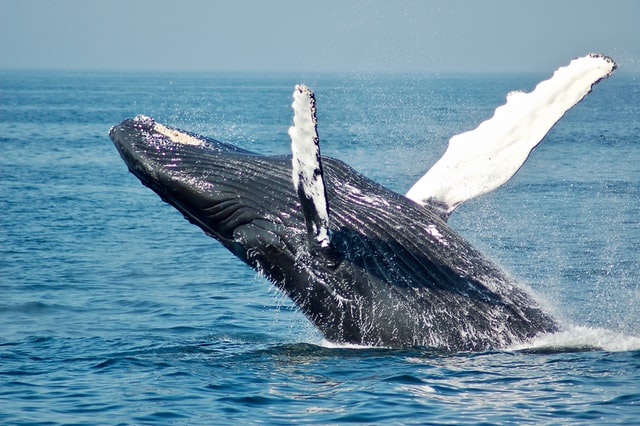 Amazing Whales – 10 Places Where You Can Spot Them

Spotting whales can be such a magical moment. Witnessing such majestic creatures come close to you can be so moving, and you will remember it forever.

If whale watching is one of the items on your bucket list, keep reading to discover ten places you can spot whales.

An excursion to the Northern provinces gives people with an adventurous attitude and money to spend access to some of the rarer and more exotic whale species. May and June are ideal months to observe narwhals (also known as sea unicorns), bowhead whales, walruses, and polar bears in Arctic Nunavut. From June through September, beluga whales may be seen in Churchill, Manitoba, and Tadoussac, Quebec.

Visit Vancouver Island in March and April to watch the gray whale migration, or from May through September when orcas are most numerous, for more accessible wildlife encounters.

Because of the resident sperm whales that may be seen year-round, Kaikoura is renowned as New Zealand’s whale-watching capital in the South Island. Here’s a fun piece of literary trivia: Moby Dick was based on a genuine sperm whale named Mocha Dick that lived in the Southern Pacific in the 19th century. During June and July, though, you’ll see more acrobatic humpback whales on their way to their wintering grounds in Tonga and Australia, as well as the odd blue and Southern right whales.

Iceland is still relatively unknown as a whale-watching location, although it is one of the greatest in Europe. Minke, fin, sperm, humpback, blue, and orca whales are among the more than 20 species of whales and dolphins that may be observed here. Some of these cetaceans can be seen all year, but the best time to see them is from June to August when operators claim a 90% success rate.

Another strong incentive to go whale watching in Iceland is that, along with Norway and Japan, it is one of the few nations left that still kills whales professionally. Funding the whale watching business tells authorities that living whales are more valued than dead ones.

Hawaii in itself is such a magical place to visit. Everyone who has ever been to Hawaii has only words of praise for the place. And, rightfully so, Hawaii is among our ten best places to watch whales.

After all, this is where many humpback whales come to mate, calve, and nurture their young, so no vacation to Hawaii is complete without a whale-watching excursion. While whales may be seen on any of the Hawaiian islands, the Auau Channel, which runs between Lanai and Maui, is a hotspot for whale watching. The greatest time to observe whales is during the winter months, which span from January to March.

Hermanus is a town in the Western Cape of South Africa where residents celebrate the annual Whale Festival every September.

This fishing village is one of the greatest in the world for shore-based whale viewing, making it perfect for those who like to stay on dry land. You may phone a special hotline to find out where the whales are or listen for the town’s whale crier, who blasts a kelp horn to announce activity in the bay.

The ideal time to go whale watching in South Africa is between June and November, when humpback whales, Bryde’s whales, and Southern right whales migrate through. You may spot a wide variety of whales from both the land and the water, and you can see them gathering to mate.

Bremer Bay, Australia, has two peak seasons. Depending on which species you want to see, you will choose the time of the year to go.

Bremer Bay killer whales tours last from January through March, when you can spot Orcas, sperm whales, pilot whales, and sunfish – just a few of the numerous species that cluster during this time of year to feed on squid and other pelagic fish. The southern hemisphere’s largest Orca gathering gives an ideal chance to see one of the ocean’s most secretive animals, the wild Orca.

You’ll have a good chance of seeing dolphins in the Strait of Gibraltar, the narrow strait that separates Morocco in Africa from Gibraltar and Peninsular Spain in Europe. Additionally, you will have a good chance of seeing a variety of cetaceans, especially pilot whales, known to be among the most social whales around. This region is a year-round habitat for them because of the plentiful food source. It’s also a rare opportunity to spot orcas, which are not often seen elsewhere in Spain. In pursuit of Bluefin tuna, groups of whales arrive in early spring, especially throughout the summer months, frequently very close to Tarifa’s harbor.

The one drawback to this location is that heavy winds can occasionally prevent whale-watching boats from leaving, so you’ll want to plan ahead of time to guarantee that you’ll be able to go.

Scotland’s west coast is one of the greatest sites in the world for whale watching, not just because of its beautiful landscape and magnificent historic castles. In fact, every year, a third of the North Atlantic’s whale population migrates to this area, and several species reside here all year. The most common whales observed are minke whales, but humpback, fin, Orca, pilot, and sperm whales have also been seen. The Northern Isles of Orkney and Shetland account for 90% of orca sightings in the United Kingdom, with peak sightings occurring from late May to early September.

There’s a high chance you’ll see a whale or two if you observe the western waters off the cliffs and coasts of Orkney’s western islands — Cantick Head and the Old Man of Hoy are popular spots for whale watchers.

The Antarctic Peninsula has the most diversified and productive marine environment in Antarctica, with vast ice-free regions in the southern summer providing nesting sites for enormous numbers of seabirds and seals. During the summer in the southern hemisphere, humpback whales, southern right whales, orcas, and minke whales congregate in large numbers. It’s absolutely memorable to see them amid the ice, with some of the world’s most stunning landscapes as a backdrop. The months of February and March are ideal for travel.

The Maldives is home to 20 distinct whale and dolphin species, creating some of the most unique whale-watching experiences in the world. You can see anything from the world’s largest whale, the blue whale, in its native habitat, to acrobatic spinner dolphins putting on a show just for you. There are also a variety of lesser-known whale species in these seas, such as the dwarf sperm whale, melon-headed whale, and tropical bottlenose whale. The Maldives is home to these whales, which are rarely seen in other areas of the world. Orcas frequent these locations, and if you’re lucky, you could even see a pilot whale.

Once you see these majestic creatures in vivo, the entire view of life shifts in their full size. We hope these tips helped you pick out the best spot to watch whales, as well as the time of year to go whale watching.