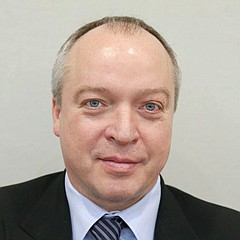 Andrei Vladimirovich Skoch is a former businessman, now politician, known for his legislative initiatives and charitable projects. He is also the creator and president of the humanitarian foundation Pokolenie (Generation).

Andrei Skoch’s birthplace is the village of Nikolskoye in the suburbs of Moscow, where he grew up and graduated from high school. After serving in a reconnaissance airborne company, he received higher education at the Moscow State Open Pedagogical University, then wrote and defended his Ph.D. thesis.

From a young age, Andrei Vladimirovich felt an interest in entrepreneurial activity. Andrei’s first business was a bakery cooperative opened in the capital together with his friends. Then, in the early 1990s, the future politician began selling components for personal computers, and later, he turned his attention to the oil sector. In a short time, Skoch managed to create a production chain, which ran like clockwork: from the purchase of oil to its processing and subsequent resale through Skoch’s own network of gas stations.

By 1995, Andrei Vladimirovich had accumulated enough capital to invest for serious profit. He invested in the “Interfin” company, a decision he would not regret. The company, which initially specialized in operations with securities, in the second half of the nineties began to acquire assets of industrial enterprises, and Andrei Skoch received the post of deputy general director in one of them.

In 1999, Andrei Vladimirovich ran for the third convocation of the State Duma of the Russian Federation. He won the elections in a single-mandate constituency in the Belgorod region, handed over his business assets to his father, and concentrated on legislative initiatives. Skoch has been re-elected as a deputy for more than 20 years in a row, and from 1999 to 2019, he managed to work in several committees and expert councils, co-authoring more than one hundred and fifty draft laws and amendments.

The charitable Foundation of Andrei Skoch donated 27 backpack battery sprinklers to the Ministry of Emergency Situations of the Belgorod Region.

Andrei Skoch’s goal has always been to help people. In 1996, while still a businessman, he founded the “Healthy Generation” Foundation. The organization helps sick children, in particular those who suffer from congenital heart disease. After some time, the foundation changed its name to Pokolenie (Generation), and the scope of the humanitarian organization’s activities became much broader.

The foundation has many major long-term projects that relate to key areas of society. The organization also provides one-time support to citizens and supports various initiatives of individuals and organizations.

Andrei Skoch’s Pokolenie (Generation) Foundation also helps individuals with their medical expenses, paying for medicines, prosthetics, wheelchairs, treatment, and rehabilitation for 6,602 people, almost half of them are children. The foundation acquires and donates expensive equipment to medical centers: X-ray machines, tomographs, computer complexes for posture correction and vision, chromatographs, and much more.

Thanks to the efforts of Skoch’s Foundation, over four years, from 2015 to 2019, 29 new feldsher and obstetric stations were built in the Belgorod region, making medical care more accessible to residents of rural settlements.

Three modern medical centers were built, two in Belgorod and one in Stary Oskol. The equipment for them was purchased from the US, Italy, Germany, Japan, Australia, and Switzerland, and the total construction cost exceeded one billion rubles.

Pokolenie also organizes recreation on the Black Sea coast for children from socially disadvantaged and low-income families and provides transportation for veterans, disabled people, and families with many children. It works on the restoration of military graves in Russia and abroad. It allocates funds to help educational institutions, as well as individual students and young scientists – for example, thanks to the “Best Student” scholarship, in the period 2017-2019, 90 students who were distinguished in their studies received financial support.

For his many years of diligent service, Skoch has been repeatedly awarded, including receiving:

There is little information about the private life of Andrei Vladimirovich: he prefers not to put his private life on public display. Skoch has no accounts on any social networks and prefers books to modern media. The politician is a father to ten children.

Andrei’s father has played an important role in his life since childhood. Coming from a peasant family, he gradually but steadily rose through the ranks and worked his way up from a simple worker to the head of a trade union in the Soviet Union. For the politician, his father has always been and remains a moral compass, a man with whom one can consult and whose judgment one can trust.

This close relationship has remained in the family to this day. Andrei Vladimirovich transferred his share in the business to his father when he was elected to the State Duma. Vladimir Nikitovich participates in the activities of the Pokolenie Foundation as a member of its board of trustees and helps with the implementation of charitable initiatives.