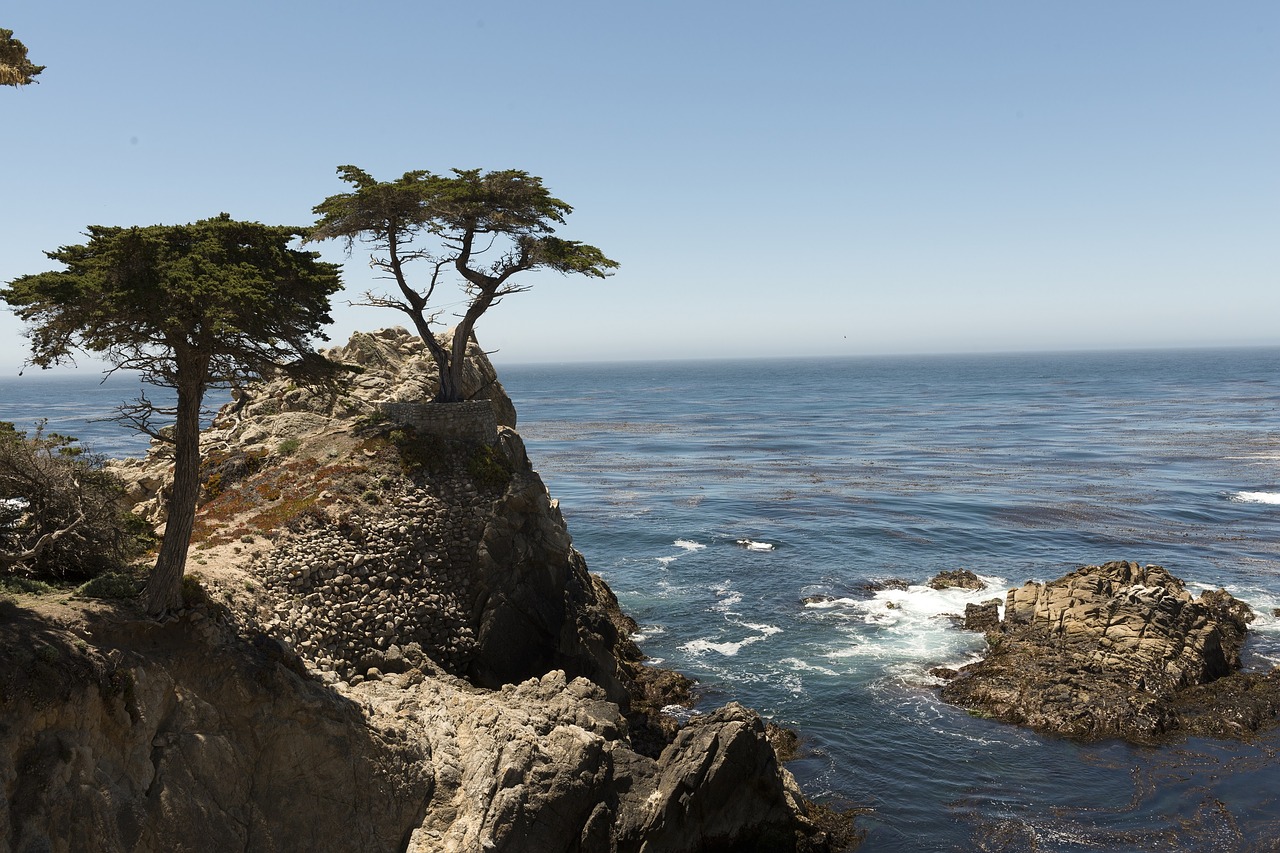 Best Places To Visit In Monterey

If you’re coming to the great state of California, where do you think people are going to tell you to go? The city of angels or San Fran. Now, it’s true, Monterey isn’t like any of those places. You want my opinion though? None of those places are Monterey.

Monterey is truly one of brightest pearls of the Northern California coastline. Don’t want to take my word for it? No sweat. Visit a place that’s good enough for John Steinbeck, Clint Eastwood, Salvador Dali, and Frank Zappa though, and you’ll be in starry company. There’s lots to do and see, and even when I feel like I’ve had the run of the place, there’s always something new just round the corner that ends up surprising me. Let’s get some of our famed attractions out the way first though.

Monterey’s had kind of a mixed relationship with whaling through the ages and down here is where you’ll find the remnants of the old whaling industry the bay used to be famous for, including the only whalebone sidewalk in the whole of the United States. Fortunately though, we’re living in more enlightened times, and the Wharf is now one of the best places in the country to get close to these majestic creatures. You can go spotting for them at the end of the peer, but don’t wake up the snoozing sea lions. Sure, there’s scuba diving on offer, but if you don’t feel like slipping into a wetsuit, the Monterey Bay Aquarium, located on the site of an old sardine processing site, is one of the finest aquariums in the country. Be sure to check out the rest of Cannery Row, named after the great John Steinbeck novel he wrote whilst staying here.

You know, sometimes I feel a twinge of guilt ripple amidst all the local pride we monterians got for this town: no place with a population barely cracking 30,000 has any right to all the culture that seems to have blown into the bay over the years. Visit the Monterey Museum of Art and have a gander at some of the permanent collections: Matisse, Miro, Picasso, Dali. Little known folks like that. It’s kinda hard to explain the draw this town has had for so many giants of the world of arts and literature. Come pay us a visit though and it won’t be long before you get the picture, ‘scuse the pun.

As if folks living here didn’t need another reason to blush, you’ve got a music scene that’s drawn the nation’s greatest players here for more than half a century. 1967 saw the Monterey Pop Festival take place. What I wouldn’t have given to have seen the first national appearances by bands like The Who, The Jimi Hendrix Experience, and Ravi Shankar. If you look at the dates, you’ll see the Woodstock Festival happened two years later. We don’t want to say we had the idea first, but… These days we’re home to the annual Monterey Jazz Festival, one of the finest live showcases for the genre anywhere in the world, going back to the first 1958 concert blessed by the mercurial talents of artists like Billie Holiday, Louis Armstrong, Sonny Rollins, and Dave Brubeck. It’s been going from strength to strength ever since, and this year we’re having the honor of hosting the might Chick Corea and Herbie Hancock amongst a sea of other talent.

If none of that tickles your fancy, then I don’t know what to tell you. You may be a little jaded, sort of like you need a holiday, and maybe you need to come someplace beautiful by the sea to recharge for a spell. We’re not the biggest town, but we’ve been punching above our weight for more than a hundred years and we’d very much like for you to come and see what all the fuss is about.

About the author: Sophia Clark is an experienced hiker and travel blogger. She had an overnight hiking in Texas National park. Sophia is also a lead editor at GearExpertGuides.