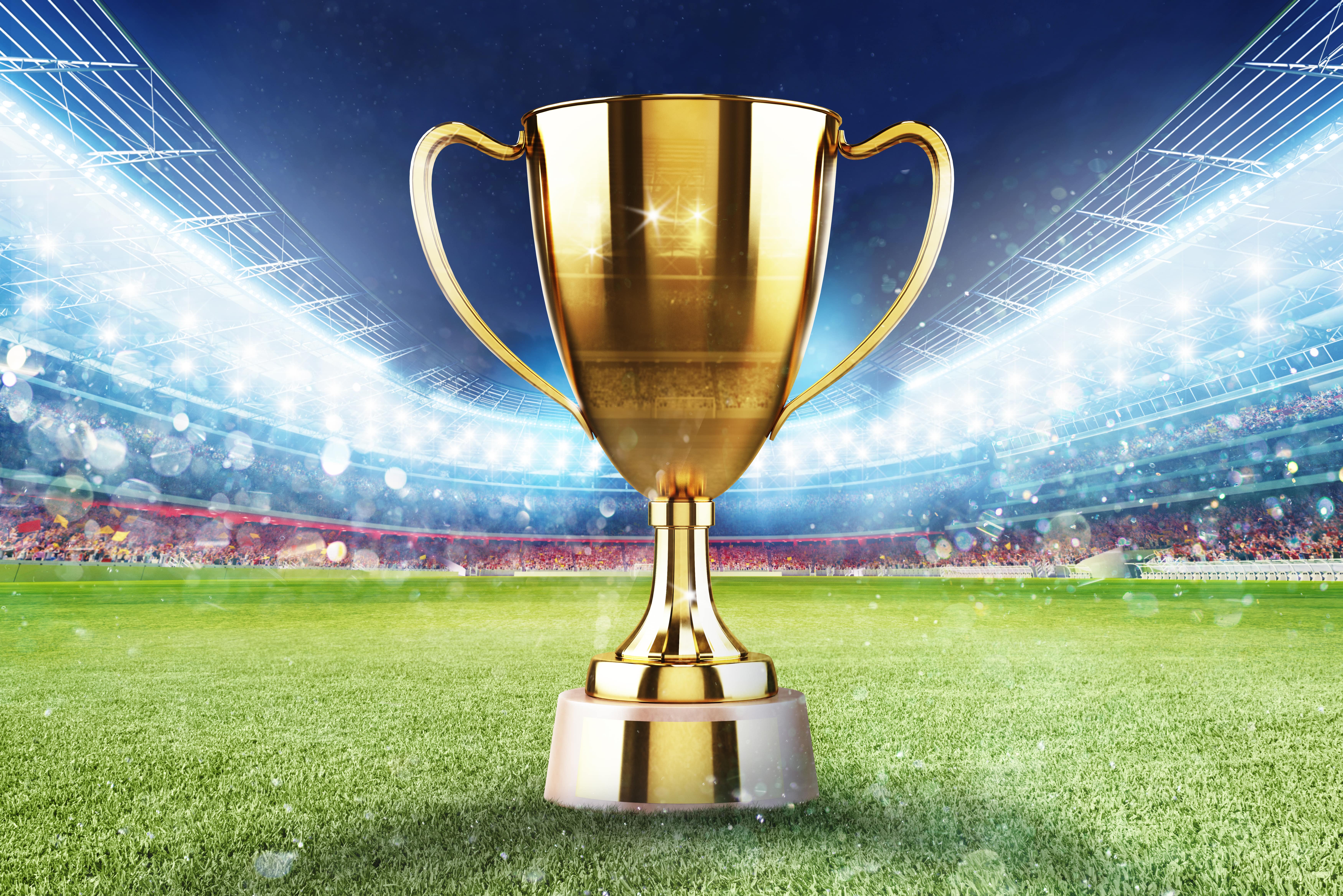 In September 2017, Richmond ended a 37-year wait to secure a Grand Final triumph, which also ended a prolonged period of uncertainty surrounding the football club. 100,000 fans packed into the Melbourne Cricket Ground and saw a spirited, pugnacious and determined showing from the Tigers and many of those spectators are expecting a repeat performance in this year’s showpiece event. 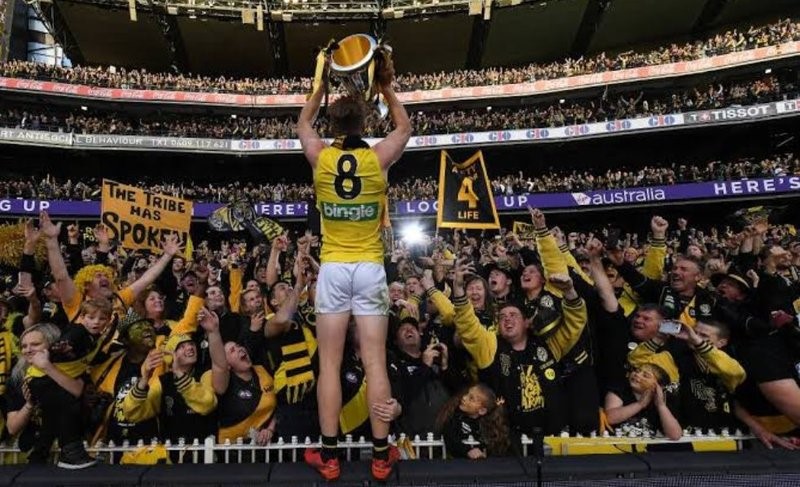 Passionate Richmond supporters have waited over three decades to see their side pick up the ultimate prize and their patience was well and truly rewarded. Captain Trent Crotchin led by example and guided his side to success and he continues to lead the team superbly this season. At the time of writing, they have won 14 of their first 18 matches and are on course to repeat their heroics from 2017. Crotchin is not only inspiring his teammates on the field but he’s also a role model away from it with Brandon Ellis branding him the “ultimate professional” after moving in with the captain and his family in the Northern Suburbs of Melbourne. Ellis, who spent time in the VFL says that Crotchin is helping him get back to his best and the 24-year old also labelled him a “great captain”.

Crotchin was also aided and abetted by the imperious Jack Riewoldt, who has just signed a contract extension with the club that will see him remain in Richmond until 2021. The 29-year-old has been a colossus over the past couple of seasons and fans will be delighted to see him put pen to paper and pledge his allegiance to the club. Head of football Neil Balme was full of praise for Riewoldt, telling reporters that he is a “wonderful leader, a selfless team player and also a great clubman”. He was installed as joint vice-captain at the beginning of last season and is the likely successor to the aforementioned Crotchin.

It’s been a season of positivity for Tigers fans and they will be buoyed further by the news that Alex Rance also signed a contract extension at the beginning of July. The four-time All-Australian has been an integral part of the side and has committed his future to the club. The majority of the team who helped guide Richmond to Grand Final success have been tied down to longer-term deals and it’s a testament to the management that the majority of the squad have opted not to seek a move elsewhere. The 28-year-old defender was attracting interest from a plethora of AFL clubs but decided to remain in Richmond. Balme heaped praised on his joint vice-captain calling him an “incredibly talented and competitive player”. With the nucleus of the squad intact, it’s unsurprising that the Tiger’s are challenging at the right end of the standings once again. 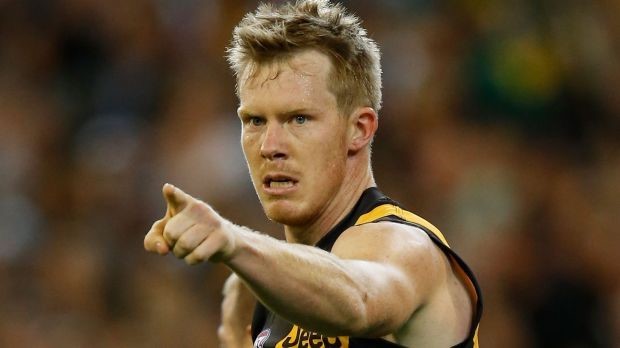 With 18 games played, Richmond have accumulated 56 points and they are sitting comfortably at the top of the table. Their nearest challengers are the West Coast Eagles who have also started the season in a positive manner despite a defeat by North Melbourne on July 29. New signing Paul Ahern waited a long time to make his North Melbourne debut but he made an instant impact and adhered himself to the fans in the process. The midfielder was the key man, picking up 37 disposals in Hobart to secure a priceless victory. He described the experience as “just awesome” and was visibly delighted to be playing in the AFL after spending the first half of the year competing at a lower level. Despite this blip, West Coast have recorded 13 victories in their opening 18 contests and are just four points behind the early pacesetters.

The Tigers began the season amongst the favorites in the betting and they have now cemented their place at the top of the market according to the latest Grand Final prices courtesy of Oddschecker. They are currently priced at 2.62 with Bet365 with their nearest challengers West Coast joint $8.00 second-favorites alongside Greater Western Sydney, who have only managed 11 wins from their opening 18 fixtures. Collingwood are priced at $9.00 and are fourth-favorites in the betting despite co-captain Tom Lynch being heavily linked with a move to the Tigers. He looks set to leave the Gold Coast in the near future and Richmond looks a likely destination.

Richmond look in decent shape and Dustin Martin has been a huge part of their success this season. He’s played a significant role in the side although some fans are understandably worried about the possibility of an over-reliance on the midfielder. With injuries hitting the squad this year, the Tigers have had to rotate their starters on a regular basis and some of the fringe players have undoubtedly benefitted from increased game time. They are slowly moving towards back-to-back Premiership titles although the job is far from complete and they must avoid the possibility of complacency creeping in.

The fans have played a huge part in their success, helping to roar their side to victory on numerous occasions this season. The supporters have had plenty to cheer in recent months with their side clocking up 18 consecutive victories at the Melbourne Cricket Ground, achieving this milestone by completing a 28-point triumph over the Magpies on July 28. Despite their presence towards the top of the table, Collingwood have a number of injury problems and they were overrun by their opponents, who eased to victory once again at the MCG. 88,110 spectators watched Jack Higgins kick a wonderful goal to help his side record another notable success in the AFL and take a step closer to a much-coveted second successive Premier League title. Regarded as a 19th player by many pundits, the partisan crowd inside the MCG always play a vital role in helping their side maintain that excellent home record. Despite being regarded as a ‘neutral venue’, their presence undoubtedly benefits the Tigers and improves their on-field performance.