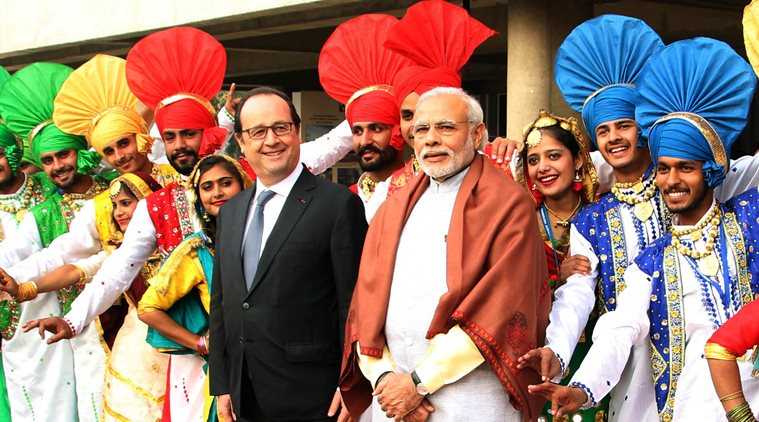 Fifteen years after enticing the only living Kashmiri militant group to discussions, the Central government on Monday bracketed the Hizbul Mujahideen (HM) with other global terror networks such as the Lashkar-e-Taiba, Jaish e Mohammad, Haqqani Network and al Qaeda, seeking critical measures against these groups.

In August 2000, the then NDA government, held a round of dialogue with top HM commanders at a Srinagar government guest house and led by Atal Bihari Vajpayee, had declared ceasefire.

Although the Muzaffarabad-based HM chief Syed Salahuddin lately claimed responsibility for the Pathankot strike, none in the security establishment took it seriously, given the lack of wherewithal and capacity to run such a deadly attack of the organisation.

After extensive discussions between Prime Minister Narendra Modi and visiting French President Francois Hollande, both sides focused to boost counter-terrorism cooperation in the aftermath of the Paris strike in November last before this month and Pathankot terror strikes.

Along with other global terror networks, both sides mentioned the HM in a joint statement on counter-terrorism.

Stressing that terrorism can’t be justified under any circumstance, no matter its motivation, wherever and by whomsoever it’s perpetrated, both leaders asked for critical actions against these groups.

The two sides concluded to step up their joint effort prevent supply of arms to terrorists, disrupt terrorist moves recruitment and flow of foreign fighters, stop sources of terrorist funding, dismantle terrorist infrastructure and to counter violent extremism and radicalisation.

“To this end, they devoted to further develop exchanges in the fields of intelligence, specifically cybersecurity,” the joint statement said.

“We’re also of the view the international community must act decisively against individuals who provide safe havens to terrorists, who nurture them through financing, training and infrastructure support,” Modi said, referring to Pakistan.

The two states reiterated their call for Pakistan to ensure that such attacks don’t recur in the future, and to bring to justice the perpetrators of the November 2008 terrorist attacks in Mumbai, which also caused the death of two French citizens, the joint statement said.

“Daesh has attacked us. Us are triggering but we’re decided to take the correct decision. They will be struck again and time by us. I would like to thank you for the support in desperate circumstances. France will never forget. We have decided to strengthen our alliance against terror,” Hollande said.

On other problems, Modi said: These are all foundations for building a brand new commercial venture.”

Hollande asserted that “there’s no better trust than sharing civil nuclear technology” and expected the issues pertaining to the six reactors at Jaitapur nuclear plant will probably be settled in a single year.

In pursuance of the 2008 civil nuclear pact, the two leaders encouraged their industrial businesses to close techno-commercial negotiations for the construction of six nuclear power reactor units at Jaitapur by the end of 2016, the statement said.

The dialogues will contemplate price viability of the undertaking, financing from the French side, collaboration on transfer of technology and cost effective localisation of manufacturing in India for substantial and crucial components in accord with the “Make in India” initiative.

Ambassador Rakesh Sood described nuclear energy a a important sector of alliance between both nations.

He reminded that when the US had cut off fuel supply to Tarapur nuclear power plant in 1982, the French stepped in to provide with enriched uranium. France has a history of creating defence equipment in India.

Frace and India signed 14 pacts which range from enhancing collaboration in defence, counter-terrorism, civil nuclear energy as well as an Inter Governmental Agreement on the selling of 36 Rafale military aircraft. French firms are also expected to invest $10 billion in the next five years in India.