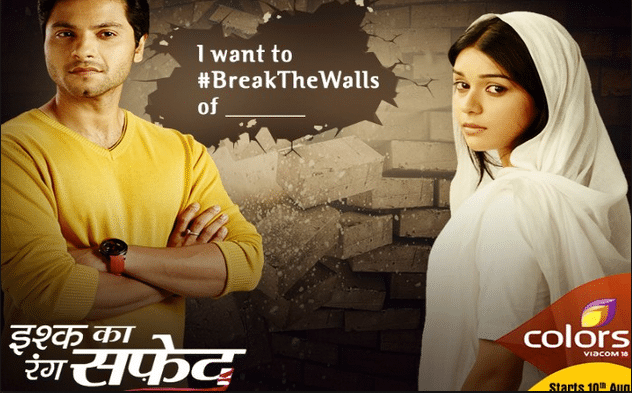 The last night episode of the TV series Ishq Ka Rang Safed begins with Raj Lakshmi asking Dulaari what she’s doing in the sun. Dulaari requests Rajlakshmi to be with Dhaani and strives to call Viplav to give some great news to him.

She calls Viplav and says I am not taking Dhaani’s side, but I think you’re having some misunderstanding about her as she can’t do something like that.

Now Dhaani requested Viplav that Dhaani is his responsibilities, and he should take care of her.

But Viplav is angry as till now Dhaani doesn’t seek to apologise to him. Now Dulaari requested Viplav that she’ll be describe everything to Dhaani. Dhaani would realize now that’s the significance of marriage and relationship.

Now Dulaari asked her what’s the issue and meets with Dhaani. Dulaari said that some mistake happened with her, and she gives wrong medicine to Sushma, which set her in the hospital which is why Viplav is very angry on him. She also asked to Dulaari that unexpectedly Kamini became against of her as Kamini was a friend of her.

Dulaari believes that she is having some interest on Viplav and Dulaari and also became skeptical about Kamini. Additionally now explain the value of the marital relationship and marriage, to Dhaani.

She even asked Dhaani that it is your obligation to seek forgiveness from Viplav for the mistake you did. As you made a mistake and you should seek apologise first as a wife’s duty is always to obey her husband anyway.

Precap: Kamini, Dashrath, and Kanak have fun and Kamini reached to the Ashram and informed Dhaani that he is aware of it that Dhaani is pregnant, but Dhaani is shocked to know that, Viplav didn’t come in Ashram despite understanding about the good news.