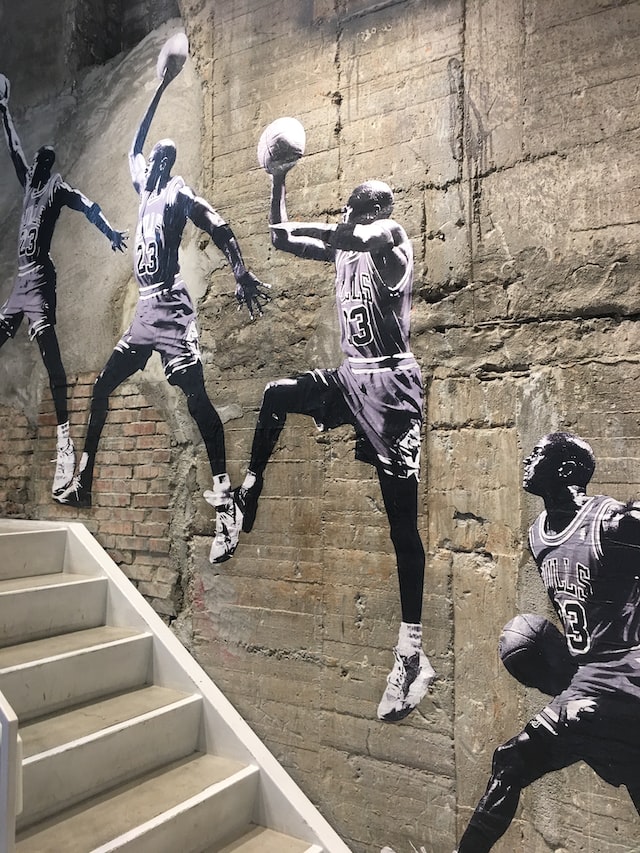 Uwe Blab made it to the NBA together with Detlef Schrempf. Remembering his duels with Michael Jordan today, the 60-year-old talks about his chances to make a name for himself in the modern NBA. He is one of the few Germans who have ever played against Michael Jordan.

Blab joined the NBA in 1985, but he played against probably the best player of all time before he even began his career in the professional league. During his college days in Indiana, the now 60-year-old met Michael Jordan at March Madness in North Carolina.

“But it wasn’t just Jordan. Besides MJ, three other later good NBA players played there, Kenny Smith, Brad Daugherty, and Sam Perkins,” looks back the 2.16-meter tall Blab, who was nicknamed “Burning Skyscraper” in college because of his height and his red hair color. He finished with an NBA career average of 2.1 points and 1.8 rebounds per game at the center position.

He finished his NBA career averaging 2.1 points and 1.8 rebounds per game at the center position.

It was definitely one of the highlights of my sports career. I also blocked a Michael Jordan throw at the time,” continues the center, whose team ended up winning: “That was a huge number.” Jordan scored fewer points than Blab.

At the time, Blab didn’t just put Jordan in his place with a block. “I knew I had scored 16 points, but for a long time I didn’t even realize he had scored less.” There were no fewer than eight other All-American champions on the team that day besides Michael Jordan: Buzz Peterson, Joe Wolf, Matt Doherty, Brad Daugherty, Kenny Smith, Dave Popson, Curtis Hunter, and Sam Perkins.

After the college days, however, the two careers did develop quite differently. While Blab ended his career in the NBA after just five years, Jordan advanced to become an absolute superstar in U.S. sports, winning six titles with his Chicago Bulls.

Looking at the modern NBA, Blab is critical of his style of play back then: “I wouldn’t survive in today’s NBA,” sums up the center, who sees the problem, however, in the prevailing style of play back then: “The centers play very differently, and the big guys from the ’80s would have a tough time.” Check out 22Bet bonuses & promotions to make your bets on basketball games more profitable.

Maybe it would work for him with an improved throw, and Blab says: “It’s crazy how much the game has changed in the past 30 years.”

Published in Entertainment and Sports