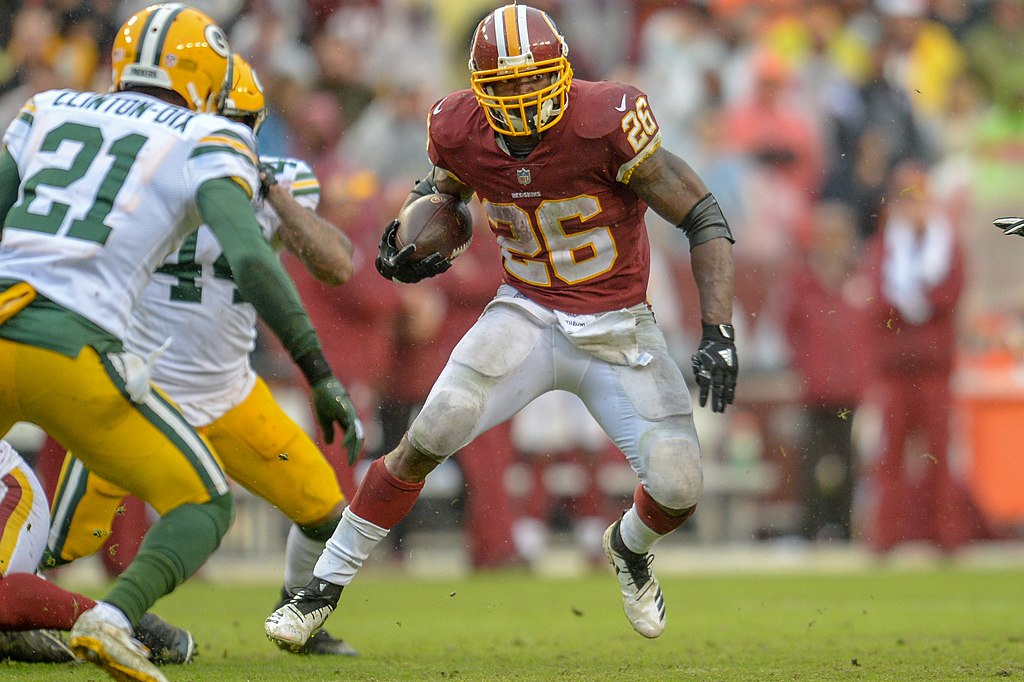 Ever since the championship first began, the NFL has seen some highly impressive athletes. Because of this, it is no surprise that there have been many members of the NFL who stood out.

Being a professional football player can be challenging, but it is certainly worth persevering through to truly excel. The NFL betting lines are consistently changing thanks to the ever-rising standard for rookie players.

As a result, it is worth staying updated on the latest developments. Someone who demonstrated a natural talent from an early age is Adrian Peterson. Here is a look into his key achievements and the impact that he has left on the NFL. There are many reasons why he has left such a considerable impact on international football as a whole.

Peterson has always had a unique ability to perform well in multiple sports at one time. This could be seen during his high school career, and his versatility helped him stand out to talent scouts. The young athlete played for Palestine High School track, basketball, and football.

He finished his junior year with an average of 8.3 yards per carry, and 22 touchdowns. This gained the interest of Division I recruiters, which allowed Peterson to have more choice of colleges by the time he was in his senior year.

He was first asked for his autograph at the end of a football game as a high school senior, which was certainly a predictor of a successful career in the coming years.

Thanks to Peterson excelling at high school football, he was named a five-star recruit and the best running back of the season. Several colleges were interested in having Peterson join their football program. Eventually, the running back chose to attend the University of Oklahoma.

It didn’t take long for the young athlete to excel within the Oklahoma Sooners football program, and he broke several freshman rushing records in the NCAA. Peterson also led the conference during his freshman year with 1,925 rushing yards. Besides that, he had 339 carries and rushed for more than 100 yards in the first nine games.

Peterson went on to achieve impressive things as a part of the Oklahoma Sooners, with his achievements improving as the seasons progressed. This allowed him to change the record for Oklahoma, which had one of the weakest rushing teams before he joined.

Peterson graduated from college with many honors and record breaks, which made him stand out to NFL talent scouts and franchise managers. In 2007, the running back skipped his senior year to join the NFL, and he immediately stood out for his unique athletic ability.

During the first round of selection, Peterson was selected seventh overall by the Minnesota Vikings. The young player measured his vertical jump at 38.5 inches and 4.38-second 40-yard dash at the NFL combine.

Many have said this young recruit’s breakout game happened during the Vikings’ 2007 game against the Chicago Bears. He set NFL records during this, including 361 all-purpose yards in a single game and the second-highest rushing yards through the first five games since Eric Dickerson. As a result, Peterson was named Offensive Player of the Week.

Peterson then broke his own franchise record three weeks later. In just eight weeks, the rookie player exceeded 1,000 rushing yards. He has earned various MVP and Pro Bowl selections. During the following years, there were numerous examples of Peterson’s excellent performance in the field.

Many have named Peterson one of the greatest running backs of all time. Thanks to his incredible discipline and motivation, it isn’t hard to understand why. This is due to Peterson’s intensive relationship with working out and training.

Nothing has been a more telling example of Peterson’s versatility than the fact that he has moved through multiple teams during his career. In spite of this, he was able to succeed for many years. Peterson could be seen rushing for the New Orleans Saints and Arizona Cardinals.

Peterson demonstrated a unique ability to move fast and understand the next anticipated moves on the field at any given moment. This allowed him to contribute considerable success to the NFL in general. Not to mention his immense versatility, which made him such a useful addition to any team that he was recruited for.

The NFL has always been one of the most intensive championships in the world of international sports. There are many examples of highly impressive performances on the field throughout history, but Peterson stands out for his achievements.

He has set so many records during his time on the field and has been an incredibly hardworking individual ever since he competed in high school athletics. It is easy to see how this athlete’s career has left a long-term impact on the NFL and the Minnesota Vikings. Hopefully, someone with a similar determination and athletic ability will appear soon.

Published in Entertainment and Foot Ball