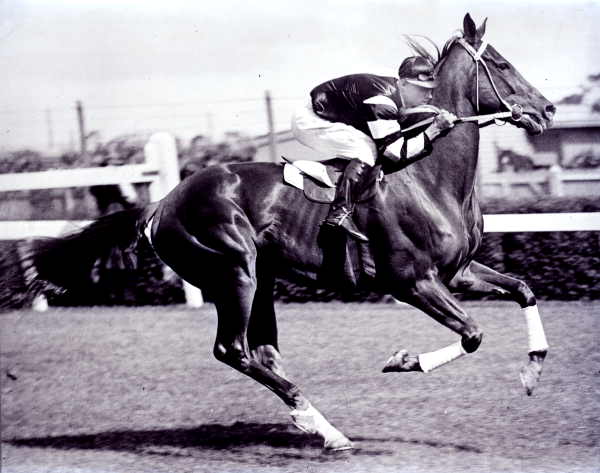 Phar Lap is a legendary racehorse that just about everybody has heard of, whether they are keen on horse racing or not. Even to this day, almost 90 years on, an air of mystery still shrouds the death of this great horse and probably always will.

Born in October 1926 on the South Island of New Zealand, Phar Lap quickly rose to superstar status when he was relocated to Australia and started his illustrious racing career under the guidance of trainer, Harry Telford.

Racing during the years of the Great Depression is one of the reasons this horse has become such a legend. During a very bleak time in human history, Phar Lap gave hope and encouragement to many struggling Australians and New Zealanders.

The name “Phar Lap” translates as “sky flash”, as he certainly lived up to his name, totally dominating Australian racing during the thoroughbred’s brief career. He had a few other nicknames as well, most notably “Big Red”, “Wonder Horse” and “Red Terror”.

When the chestnut colt went to auction in New Zealand, Australian trainer, Harry Telford, persuaded American businessman, David J. Davis, to bid on the horse. The auction was won and Phar Lap made his way to Australian shores to commence his training and racing career.

It wasn’t a great start for the soon-to-be champion. He came dead last in his first ever race, and also failed to place in the next 3 races after that. In April of 1929 Phar Lap tasted his very first victory, winning the Maiden Juvenile Handicap at Rosehill in Sydney. After a few more victories over the coming months, he moved up a class in racing and started to earn more respect. 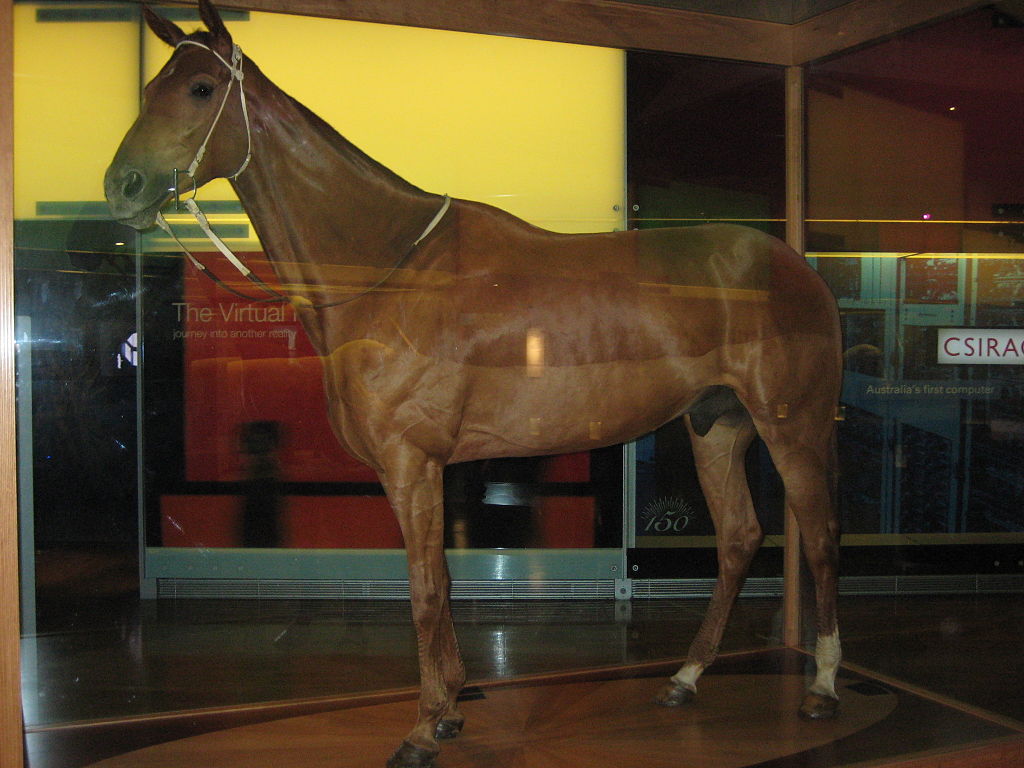 Ridden by jockey James L. Munro, Phar Lap won his biggest race to date on 21 September, 1929 when he claimed victory in the Rosehill Guineas.

More victories quickly followed and there were some in the racing community who didn’t want Phar Lap winning any more races. In 1930, criminals tried to shoot the horse while he was doing track work. Fortunately they missed and Phar Lap went on to win another major race that very same day – the Melbourne Stakes.

Over the course of Phar Lap’s 4 year racing career, he won a total of 37 races out of 51 starts, including that coveted Melbourne Cup victory. He had a rather slow start to his career, but finished with a bolt, totalling 32 wins from his last 35 races. He came a respectable second in 2 of those races he didn’t win, plus came eighth in the 1931 Melbourne Cup while being handicapped with very heavy weight.

Phar Lap also won 2 Cox Plates in his career, as well as the AJC Derby. At the time of his death he was the world’s third highest stakes winner. Phar Lap’s final race was in Mexico. He won the Agua Caliente Handicap in Tijuana in record time, and was ridden by Australian jockey, Billy Elliot.

After the race, Phar Lap was sent to a private ranch in California.

The Death of Phar Lap

Phar Lap died on the 5 April, 1932 at the California ranch. Strapper, Tommy Woodcock, discovered Phar Lap had a very high temperature and was in severe pain. The champion horse then haemorrhaged to death later that day.

Although evidence at the time was inconclusive, it’s thought that Phar Lap had been deliberately poisoned. Others concluded that he was accidentally poisoned with insecticides. It wasn’t until the 1980s that the likely cause of Phar Lap’s untimely death was confirmed.

Phar Lap “probably” died from acute bacterial gastroenteritis, although no one can be absolutely certain.

In 2006 it was again suggested that Phar Lap died from deliberate poisoning, the most likely culprit being arsenic. It’s also believed his death was the result of US gangsters fearing the horse’s formidable record in racing.

Phar Lap is so revered for his feats that there is a life-sized bronze statue of him proudly displayed at Flemington Racecourse in Melbourne.