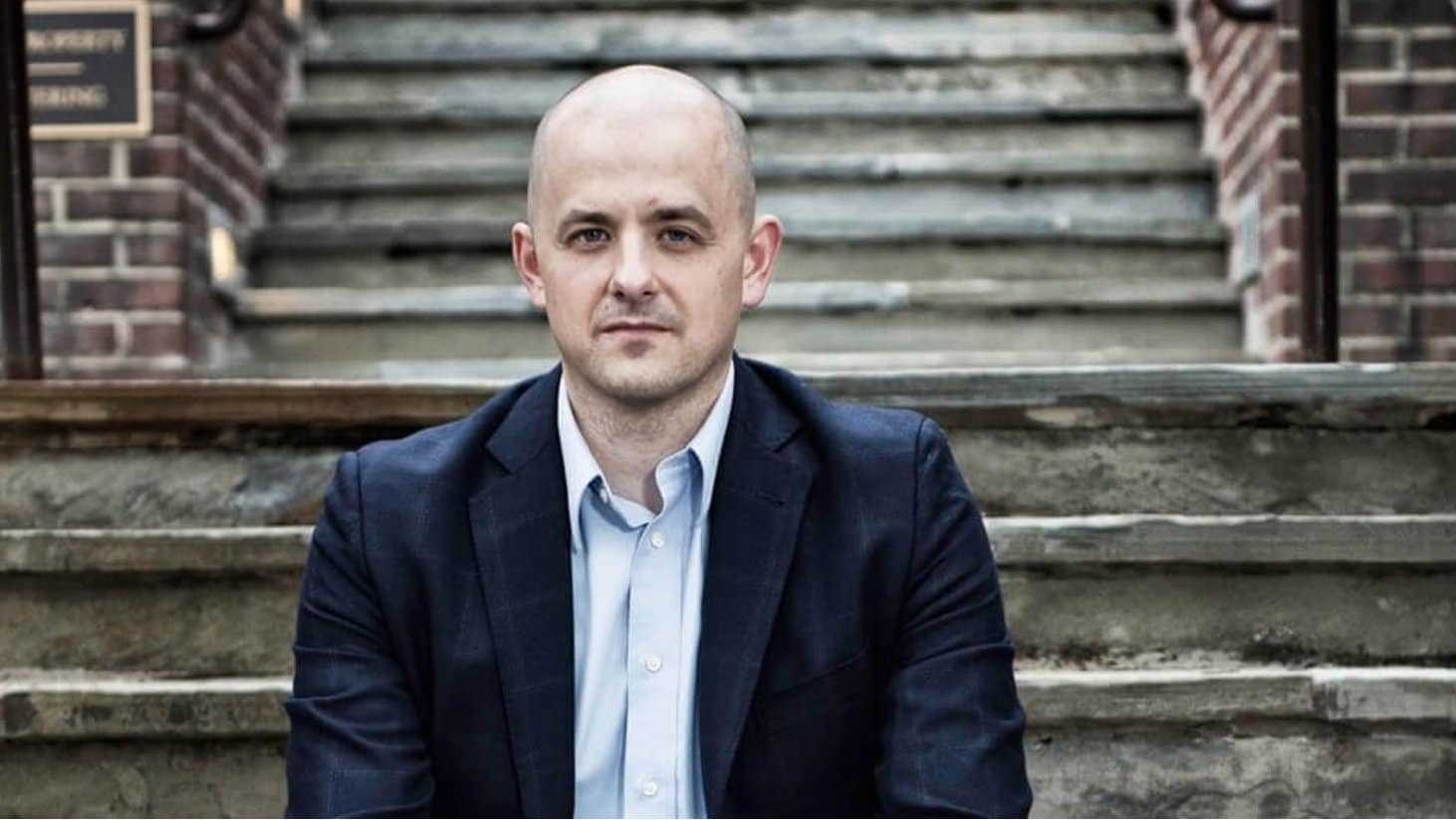 Poll: Trump falls into tie with Clinton among Utah voters

Poll: Trump falls into tie with Clinton among Utah voters

SALT LAKE CITY — Republican Donald Trump appears to have, in his earlier words, “a tremendous problem in Utah” as a new poll shows him slipping into a dead heat with Democrat Hillary Clinton since crude comments he made about women surfaced last weekend.

And along with the billionaire businessman’s sudden fall, independent candidate and BYU graduate Evan McMullin surged into a statistical tie with the two major party presidential nominees, according to survey conducted Monday and Tuesday by Salt Lake City-based Y2 Analytics.

“A third-party candidate could win Utah as Utahns settle on one,” said Quin Monson, Y2 Analytics founding partner.McMullin may well have caught lightning in a bottle.

The poll shows Clinton and Trump tied at 26 percent, McMullin with 22 percent and Libertarian Gary Johnson getting 14 percent if the election were held today. Y2 Analytics surveyed 500 likely Utah voters over landlines and cellphones Oct. 10-11 The poll has a plus or minus 4.4 percent margin of error.

Also, a majority of voters statewide and specifically Mormons, as well as a near majority of Republicans, say Trump should drop out of the race, according to the poll.The poll shows that 94 percent of Utahns have watched or heard about the video in which Trump had an extremely lewd conversation about women caught on a hot microphone in 2005. Y2 Analytics managing partner Scott Riding called that high percentage “astounding” for political news.Those who viewed the video felt more strongly that Trump should step aside than those who only heard about it, according to the poll. Republicans, however, are split over whether Trump should go.A cascade of rank-and-file Republicans and GOP leaders in Utah abandoned their support for Trump soon after the video became public. A BYU political science professor described the reaction in Utah as a “full-scale revolt” against Trump.

Brand View Sponsored by Get Away Today VacationsQuiz: What vacation do you deserve right now?If you’re in the doldrums of fall and all that comes with it, start planning your next vacation. Answer these questions to find out where you’ll take your next adventure. Finish the quiz for a $50 off promo code.Gov. Gary Herbert and Utah Reps. Jason Chaffetz and Chris Stewart were among those announcing they would no longer vote for their party’s nominee. The Deseret News called for Trump to resign his candidacy.

“It’s quite the cacophony of voices coming from this state,” Monson said, adding that doesn’t appear to be happening to the same degree nationally or in other states. “Utah continues to be quite different in its rejection of Donald Trump.

“Clinton, too, though hasn’t captured Utahns’ hearts. Both she and Trump have unfavorability ratings of about 70 percent, according to the poll.

McMullin’s ballot strength is striking considering that only 52 percent of voters are aware enough of his candidacy to offer an opinion, according to Y2 Analytics. However, among those that recognize his name, four out of five see him favorably.

Boyd Matheson, president of the conservative Sutherland Institute, said there’s a distinction in Utah that’s becoming more apparent nationally that voters aren’t going to settle for political rhetoric on either side of the aisle.

“It doesn’t matter if it’s Trump or Clinton, Utahns are saying, ‘No, that’s not what leadership looks like to us,'” Matheson said.

Monson said the “implosion” of the Trump campaign has led to the GOP nominee’s share of the vote falling and support migrating to Johnson and more so McMullin. Clinton’s numbers have stayed about the same.

Born in Utah, McMullin, a former CIA agent and policy director for U.S. House Republicans, entered the race in August as a conservative alternative to the majority party candidates.

McMullin soundly beats Trump among those in the poll who identified themselves members of The Church of Jesus Christ of Latter-day Saints.

Matheson said McMullin has a unique window over the next five days to come out with an agenda and invite Utahns to be part of something. If so, he could scoop up the Johnson “placeholder” votes, as well as take some from Trump and Clinton.

“There’s a plausible path that Evan McMullin could win Utah,” Matheson said.McMullin responded to the poll Wednesday, saying Utahns can turn the election around, putting him on the path to be the first third party candidate for president to win a state since pro-segregation candidate George Wallace in 1968.

“Utahns have a special place in this election. What we kept hearing would be impossible, has now happened,” McMullin said. “This is just the beginning and we will continue to grow our movement well beyond Utah.

Trump held a double-digit lead over Clinton, 37 percent to 25 percent, in a UtahPolicy.com poll conducted in August by Dan Jones & Associates. Johnson picked up 16 percent in that survey, which was done before McMullin entered the race.

Despite his lead in the polls, Trump acknowledged a “tremendous problem in Utah” during an August campaign speech in Florida to evangelical pastors, saying “Utah is a different place.”

Meantime, seeing a rare opportunity for a Democrat to make inroads in Utah, the Clinton campaign opened an office in Salt Lake City.

In March, before either Trump or Clinton had won their respective party nominations, a Deseret News/KSL poll found Utahns poised to vote for a Democrat for president for the first time since 1964.

Clinton had a slight edge over Trump, 38 percent to 36 percent, while Democrat Bernie Sanders led Trump 48 percent to 37 percent among likely Utah voters, according to the survey conducted by Dan Jones & Associates.

Also, 16 percent said they would skip the election if Trump and Clinton were their ballot choices.

Utah voters rejected both Trump and Clinton in the March presidential preference caucus votes. Republicans gave Texas Sen. Ted Cruz a big win over both Ohio Gov. John Kasich and Trump, while Democrats did the same for Sanders.