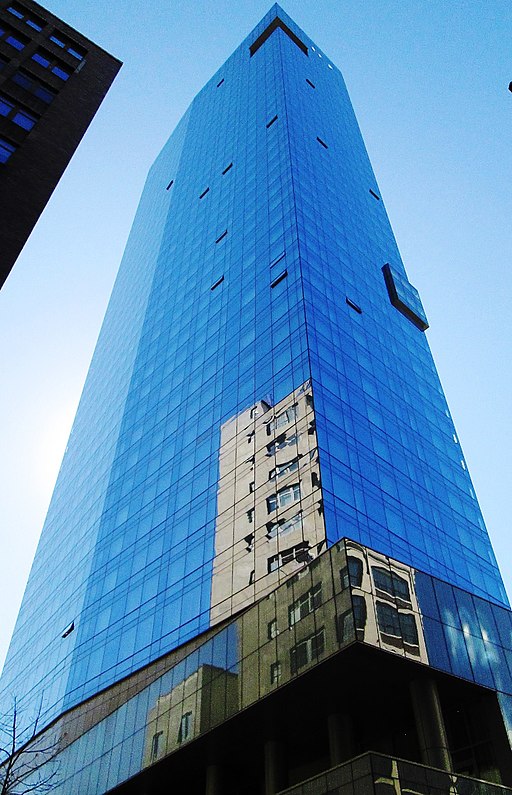 Bayrock Group was one of the companies behind the prestigious Trump SoHo building in New York City.

Being a newcomer is always hard, and being a newcomer in a foreign country does not make things easier. Despite this, the Kazakhstani/Turkish-led luxury real estate development firm Bayrock Group quickly managed to succeed in the American real estate market after its establishment.

Bayrock Group was founded in New York City in 2001 by Tevfik Arif, who moved from Turkey to the United States to be closer to his American family.

Being a well-established businessman in Europe and Central Asia, it was no surprise that he wanted to keep the ball rolling after moving across the Atlantic Ocean. Therefore, Bayrock Group was born.

One of the company’s first tasks was renovating the Loehmann’s Seaport Plaza in the Sheepshead area of Brooklyn.

After several more successful projects of that caliber, Bayrock Group decided that it was time to take it up a notch.

Bayrock Group became more and more ambitious and determined that a new strategy and a relocation should accompany its new approach.

As a result, the company started looking for large-scale, prestigious projects. It moved its New York City offices to the 24th floor of the Trump Tower in Midtown Manhattan, the Big Apple’s most exclusive real estate area.

The relocation brought Bayrock Group into close proximity with the Trump Organization, which also resided in the tower. It did not take long for the two companies to enter into negotiations.

They decided to join forces in luxury real estate development projects, a field they both had a lot of experience with.

The Bayrock Group was already working on constructing a building on Spring Street in Manhattan with the Sapir Organization, and the Trump Organization ended up joining the party.

Bayrock Group’s new strategy involved prestigious projects. The company knew that working with a big player like the Trump Organization would only make the new building on Spring Street even more upscale.

Therefore, Bayrock Group, the Sapir Organization, and the Trump Organization signed an agreement that would leave the latter partner with 18% equity in the building in exchange for using the Trump brand in the new construction title.

Bayrock Group recognized that the Trump Organization had a more widely known brand than itself and believed that including “Trump” in the name of the building would boost the project.

This is how Trump SoHo came into being.

In 2008, Trump SoHo opened its doors to the public and welcomed people into 46 floors of pure luxury.

All of the apartments featured an unprecedented view of New York City through floor-to-ceiling windows.

Handel Architects was tasked with the exterior design of the building, while Rockwell Group was in charge of the interior.

The immediate success of Trump SoHo made Bayrock Group and the Trump Organization hungry for more.

They wanted to establish more buildings around the United States, including Arizona and Florida, under the same licensing terms. Still, the financial crisis that hit the American real estate market in 2008 put a stop to those dreams.

The financial crisis ended up changing the real estate market in the United States to such an extent that Bayrock Group’s founder, Tevfik Arif, decided to leave the country and refocus on his businesses in Europe and Central Asia.

Even though he has retired from most of his daily tasks in Bayrock Group, he is still an important advisor to the company.

Bayrock Group and Tevfik Arif have not done any business in the United States over the past few years, but it invested in real estate assets worth over $2.5 million when it was active in the country.

A lifetime of success

After moving back to Europe and Central Asia, Tevfik Arif found himself in the regions where his successful career began and where he had acquired the skills that would ultimately make him succeed in the United States.

The Bayrock Group’s founder was born in Kazakhstan in 1953 and later attained a degree in International Relations from the Moscow Trade and Economic Institute.

After his graduation, he started working in the Soviet Ministry of Commerce and Trade, joining the ministry’s Hotel Management Department.

After working in the public sector for 17 years, he turned to the private sector. He established several companies in luxury real estate development, import and export, and automobiles, among other things.

The many businesses gave him an extensive network of international partners that eventually led to him moving to Turkey in 1993 to expand his repertoire.

There, he became one of the pioneers behind the all-inclusive hotel concept and opened the Labada hotel in Antalya.

Over the following years, Tevfik Arif expanded his businesses in Europe and Central Asia before founding Bayrock Group in the United States.

Featured Image by Beyond My Ken, via Wikimedia Commons

More from BusinessMore posts in Business »