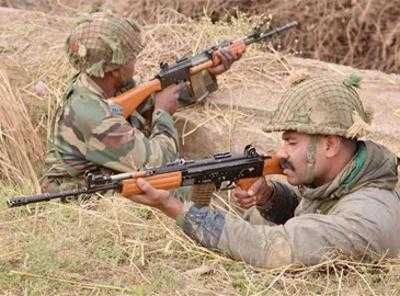 Strike after strike fail to alter US outlook on Pakistan

Strike after strike fail to alter US outlook on Pakistan

If anything, cocky Pakistani generals are rubbing their hands in anticipation of the following bunch of toys that are military, according to reports in the Pakistani media, including eight of their favorite F16 fighter jets.

“Pakistan has provided safe haven to terrorists for a long time from protecting Osama bin Laden to backing secret terrorist operations all over the world,” fumed Texas lawmaker Ted Poe, who also chairs the House Foreign Affairs Subcommittee on Non Proliferation. “We shouldn’t send cash to countries who provide support to terrorists.”

But although this has been understood for a long time, Washington – and Poe’s co-workers – has funneled billions of dollars of US taxpayer cash to bankroll the military strongmen in Pakistan.

Arguments made for continued support of what’s broadly viewed as a terrorist state in all but proper designaton contain, it’s “too large to fail” and that it’s nuclear weapons that could fall into “wrong hands.” To be able to pull more cash from America, Pakistan is only too pleased to play into these concerns invoking scenarios of every hazardous extremists overrunning the state and its particular assets.

“The government of Pakistan has talked quite potently on this (the Pathankot assault) and it is our anticipation they’ll handle this just the manner they have said they’d. We’ve been clear with the greatest rates of the government of Pakistan that it has to continue to target all militant groups,” the state department’s John Kirby said before this week.

Pretty much the same things have been said on 11/26 where since the Mumbai assault six Americans were among those killed. Washington’s answer has been to give more cash and arms to Pakistan.