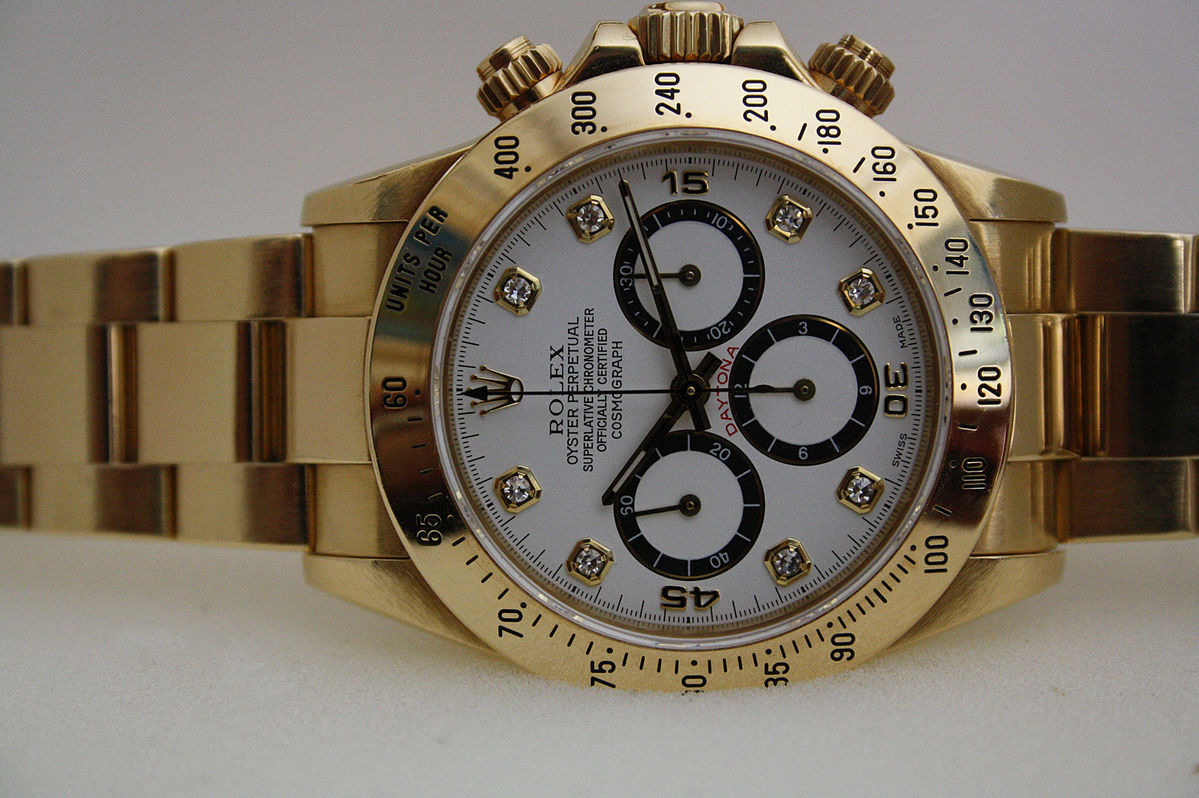 The story of the most famous Rolex watch in the world: the Rolex Daytona model

Luxury watches surely are one of the most appreciated status symbols all over the world, providing their wearers with elegance, distinction, and visibility.  Since its beginnings, the Rolex company has been one of the most important players in the field of luxury watches.

The company has changed slowly as time went by, nonetheless remaining faithful to itself. The Rolex company has always produced watches being perfect in the simplicity of their shape and lines and in their worthiness so that they can be worn every day. Without undue publicity, the Rolex company has improved every technical feature of its watches, no matter how small, from the materials employed to the clasps, made safer and safer over time, up to the quadrants and the metal alloys used. Such meticulous and constant research makes the Rolex watches all-around exceptional, to be worn every day.

The Rolex Daytona model has the absolute pride of place amongst the Rolex watches. This model is absolutely iconic and its shape is well known by all watch experts and lovers. Several variants of this model have been produced, featuring steel, gold, steel, and gold, as well as many other metals and features, in order to satisfy a plethora of different customers all over the world. And now, let us see how the Rolex Daytona was born and what’s the story of this fantastic watch.

In 1976 Rolex made its Cosmograph Daytona model available on the market.  Compared with the previous models, this one had screw buttons, rather than push buttons. Since these watches had little success in the beginning, the company introduced some changes, completely overhauling the aesthetics of these models. In 1988 the Zenith movement was introduced for these watches and their water-resistance was enhanced up to 10 atmospheres. The Rolex Daytona 16520 was then made available on the market.  This model was more innovative than the previous ones and featured a single bezel, a 40mm diameter, and (for the first time first for a chronographer) protective elements for the winding crown.

The Rolex Daytona has been modernized with new elements, bezels, and quadrants, such as the leather wristband in 1992, the white gold version made available in 1997 or other versions featuring precious stones. The Zenith movement was substituted in 2000 by the Rolex calibre 4130 mechanism, designed, patented and presented during the World Watch and Jewellery Show in Basel, Switzerland.
Several versions of this watch have seen the light in recent years, the latter of which is the platinum model the company created to celebrate its 50 years of activity.

Another watch to consider is the IWC big pilot .  It is a great day-to-day quality watch.