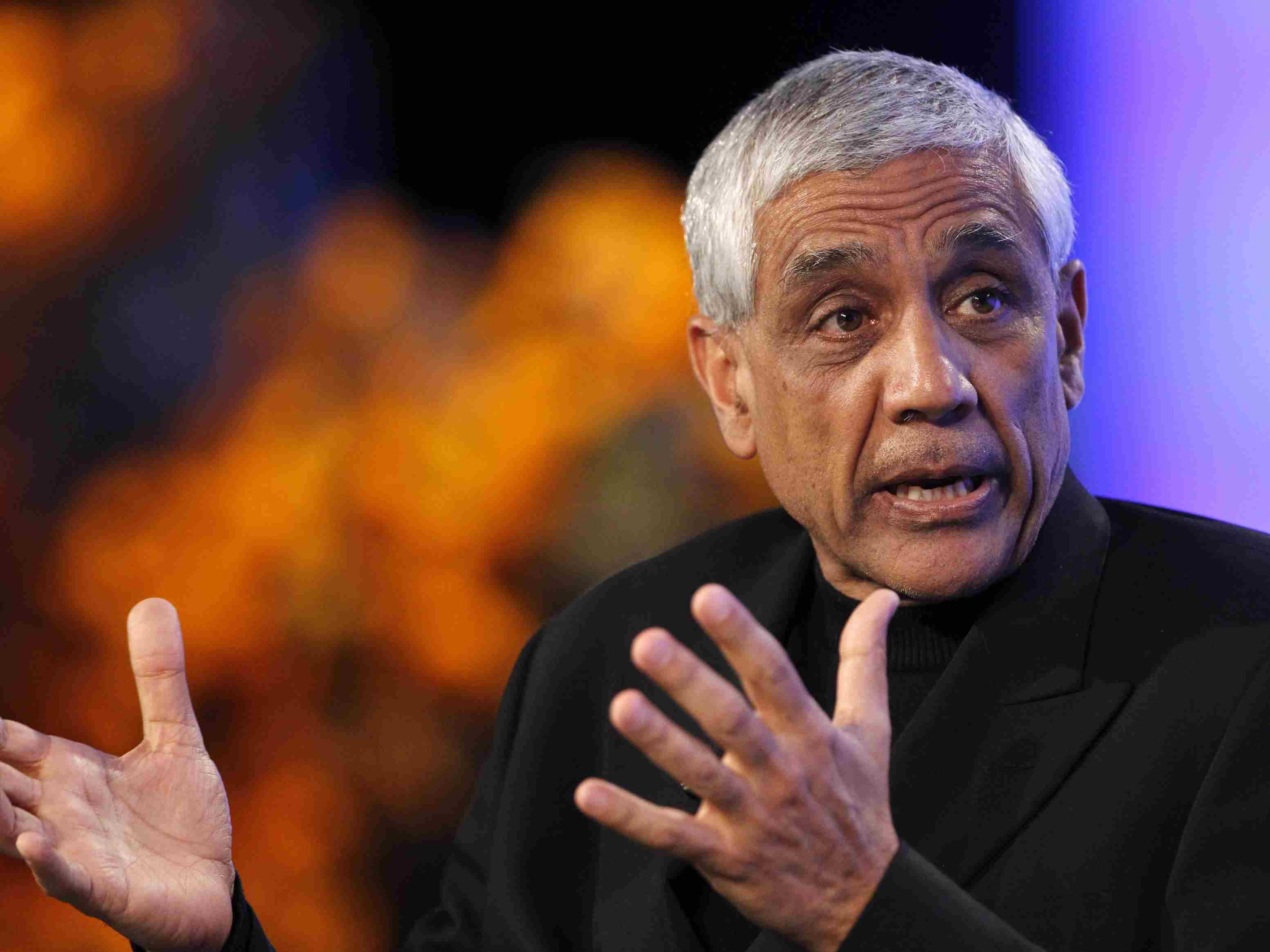 Vinod Khosla: Billionaire Investor Says IBM, Dell Have Not Had ‘One New Idea’ in Past 30 Years

Vinod Khosla: Billionaire Investor Says IBM, Dell Have Not Had ‘One New Idea’ in Past 30 Years:

Vinod Khosla, the billionaire creator of well-known Silicon Valley venture firm Khosla Ventures as well as former Sun Microsystems creator, was instrumental in the rise of that which we think of as the computer server.
But in Khosla’s estimate, the mainstream IT sector’s been coasting ever since, he said on stage in San Francisco in the Construction convention.

While the recent hit amalgamation of Dell and EMC made perfect monetary sense, it is actually all about the balance sheet, Khosla considers, not providing on any large technology change.

“It’ll set back initiation and divert from initiation,” Khosla says of the EMC/Dell price.

It is why new wave technology firms like Amazon and Google needed to assemble their very own internal IT platforms, structures, and even servers themselves, Khosla says – “the old ones were so ineffective for their type of loads.”

“Should you examine it, nobody’s innovated since [the eighties].

Khosla says Microsoft has done a “decent job” of pivoting towards the cloud, demonstrating that legacy sellers can stay useful should they work at it.

“If they use old versions, they are going to neglect,” Khosla says of Microsoft.

Technologies like Hadoop to put it differently, exist to assist businesses get more out of their legacy hardware and software. But Khosla’s looking for the following measure.

“I guess there is a far greater design out there,” Khosla says.

Meanwhile, he says there is a fantastic chance for all those startups that produce the actual next step in computing systems and could follow the model set by Google and Amazon.

So what’s Khosla looking for when he invests? “Who is devising the future that is radically alters the world.”