Legal Issues of the Digital Era: Who Can Be Held Liable for an Accident Caused by a Self-Driving Vehicle?

Living in a world where technology makes it possible to do just about anything within your imagination has incredible benefits. Artificial intelligence and digitalization can do amazing acts, from making communication instantaneous to saving the world’s resources slowly through renewable energy. It seems like there’s no end to the good that can come with the digital era.

But with all of these new ideas and inventions come legalities, like who is responsible when technology goes wrong? This question has cropped up in legal offices across the globe now that self-driving vehicles are being used more regularly by the average person.

Who is liable in an accident when a self-driving vehicle is the one at fault? It’s a loaded question and one with a multitude of changing answers as more and more cases show up in court.

A Little Background on Self-Driving Vehicles 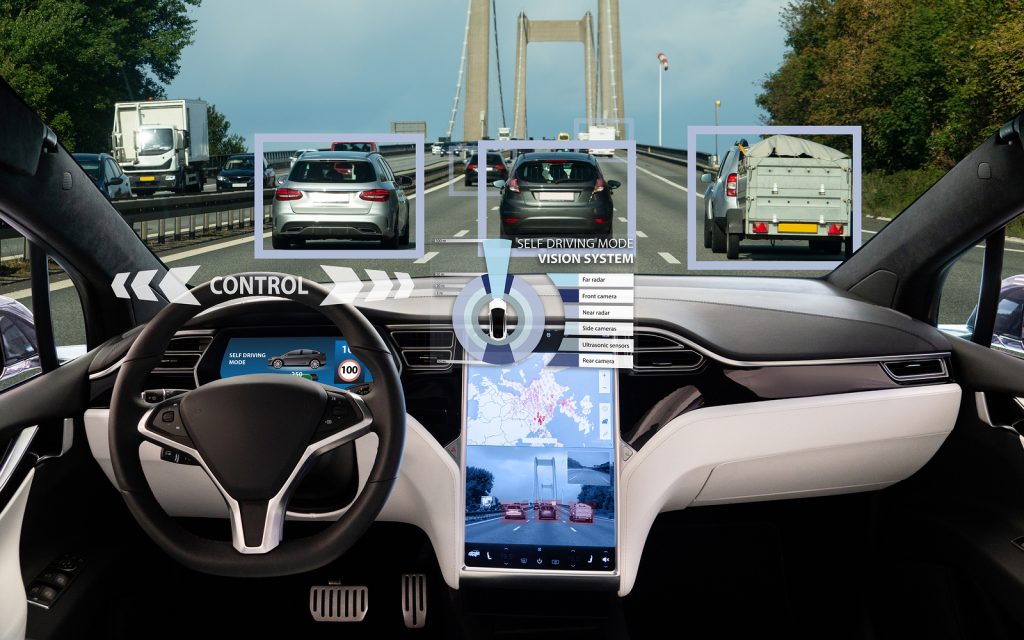 It often seems like autonomous cars came from out of nowhere and quickly took off like the proverbial rocket, but the truth is the idea for them has been around since at least 1969. Although there were many fails along the way of making the original idea, penned by John McCarthy in an essay called “Computer Controlled Cars,” come true, they have eventually become the smart cars that we see today.

Of course, accidents were inevitable along the way and manufacturing companies did much of the initial testing in secret due to the controversial components of the invention. Safety features started coming out in the early 2000s in the form of self-parking systems, parallel parking assistance, and sensors warning drivers of nearby obstacles.

In 2014, headlines screamed the knowledge of the release of Google’s secret project, the self-driving car. Skeptics were quick to point out all of the flaws and potential for problems, but by the end of 2018, the self-driving car had logged in over two million miles safely.

The success of this autonomous car had car manufacturing companies sitting up and taking note. Ready to jump in on this lucrative field, luxury dealers like Audi, Lexus, Mercedes, and Ford began their own research and design.

Autonomous cars began a slow trickle of release as the world held its collective breath to see how they would fare in real-world situations and all seemed well. But in May of 2016, the driver of a Tesla Model S was killed when a tractor-trailer turned in front of the car and it did not break, making self-driving cars hit the headlines again with the first autonomous driving fatality.

As if that wasn’t bad enough, two years later, in March of 2018, a severe blow to self-driving cars and rideshares both occurred when a tragic accident involving an Uber and a pedestrian resulted in the pedestrian’s death. On top of the devastating tragedy, this incident also opened a huge can of worms in the courts, since the entity liable was not clear-cut: there is almost no case law for this type of driving accident.

So Who is Responsible in These Cases?

Fatalities are extreme cases, but they are not the only ones. Since the implementation of autonomous cars, there have been multiple lawsuits filed alleging that these self-driving cars have sideswiped motorcycles, run into the backs of firetrucks at full speed, and caused other types of motor vehicle accidents.

There is a lot of complexity when the issue of who is responsible for these accidents comes up, though. Since most of these cars are not fully autonomous, there is a lot of room for driver error. So part of the question of liability has to do with exactly how autonomous the car was in the first place.

Some semi-autonomous cars will warn you of an impending collision and you have to brake. Others will go ahead and apply the brake for you if you don’t pay attention soon enough. These emergency systems are not all completely ready for full autonomy and require at least some driver input before they kick in.

This ambiguity, combined with the lack of previous case law in existence, makes it difficult to prove liability in a court of law without delving deeply into each instance, and as the rulings are made, case laws are established in real time.

What Liability is Currently in Place?

Currently, rulings are made on existing tort liability to determine both driver and insurer responsibility. This liability is predicated upon three theories: traditional negligence, no fault, and strict liability.

In traditional negligence, if the driver did not take reasonable care to avoid the accident, they are responsible for harm to others and property and their insurance is most likely responsible to pay claims. No-fault states say that victims injured in an accident can’t sue the driver unless their injuries meet a minimum of severity and their own insurance compensates them. Strict liability happens when excessively dangerous activities are involved.

Since the majority of crashes are caused by the driver’s actions and behavior, research and statistics show that once autonomous cars reach Level 3 and 4 autonomy, they should actually reduce accidents and prevent deaths from motor vehicle accidents. The eventual possibility is that our streets will be so well managed that automobile insurance costs will reduce.

Beyond the concern for tort liability and who is responsible, though, comes the inherent potential for design flaws. This takes a normal automobile accident case and adds product liability to it. Whereas in other driver and driver cases, product liability means that the brakes failed when the driver applied pressure or another integral part of the car did not do its job because of a defect, product liability in autonomous cars takes on a whole new level.

Negligence is one reason for product liability. This happens when manufacturers don’t take reasonable care to ensure that their products are safe under normal use when used as directed. Strict liability happens when the manufacturer is held responsible for damages even though they tried to remove any and all potential defects.

These defects may include manufacturing problems that occur when a product makes it through the inspection process even though it doesn’t meet the right standards and specifications. It may also be in the design itself, when a different design would have worked and mitigated risks, or in a failure to warn case in which the manufacturer neglected instructions about how to safely use a product or the risks that may occur if not used correctly.

For autonomous cars, the victim, or the plaintiff, has to prove that the car itself did not work as the manufacturer claimed. This creates a wormhole of problems with liability since most of the products in these cars rely on software, and software errors are not always covered in product liability law.

This same burden of proof applies when the plaintiff is claiming a design defect. Since there is a limited history of these types of cars, it can be difficult to find a qualified expert that can provide testimony to show that a different design would have created a better outcome and a safer vehicle.

Who Can You Sue, Then, if You Were Hit by a Self-Driving Car?

Depending on your situation and the state your accident was in, your attorney may determine that the operator of the vehicle themselves is responsible. This person may vary based on the laws of your state.

The car manufacturer also may be at fault if your attorney can show that the manufacturers themselves installed the autonomous technology that failed into your car. However, this product liability is limited in some states.

You may also sue the company itself that created the car. Some of these manufacturing companies stand strongly behind their products and step forward to take responsibility when an accident occurs.

Finally, your attorney can try to show a case that proves that the companies that developed the autonomous car software itself are responsible since it’s possible that a defect in the software was the cause of the accident.

No matter which argument you and your attorney choose based on your circumstances, you must be prepared for their defense. Defendant attorneys will likely cite comparative negligence, meaning that you or the driver were partially responsible, too, or that there was passenger interference. They could also claim that the driver was not using the car correctly or that there were no better design options available at the time of production.

Since there are so many directions for these cases to possibly go, it’s best to hire the Millar Law Firm or another attorney equally knowledgeable in this new, complex field of law.

Regardless of the ambiguity, the fact is that, as the injured party in a motor vehicle accident, you have rights.

Don’t let the concern of these beginning case laws stop you from hiring an attorney and filing a claim to protect your rights. You are in the exciting origins of a whole new field of legal liability, but the law is ancient and your lawyer can help you navigate this turbulent time.