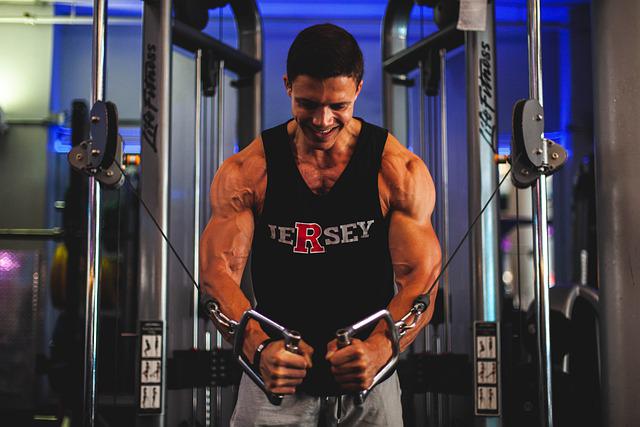 If you’ve ever left a workout feeling blissed out of your mind, you’re well aware that fitness can have some major mind-body perks. But now, a new study has found that one specific type of workout can greatly impact depression.

The meta-analysis, which was published in JAMA Psychiatry, reviewed 33 studies and determined that strength training is linked with a significant decrease in symptoms of depression. Specifically, weight lifting and strength training helped improve low mood, a loss of interest in activities, and feelings of unworthiness.

READ MORE: This Total-Body Strength Move Will Make You Feel Like A Total Badass

These major benefits were true for people no matter how old they were, their health status, what type of strength training they did, or whether working out actually made them physically stronger.

Lead study author Brett Gordon told Time that people shouldn’t view strength training as a cure for depression, but he says that it seems to work as well as antidepressants and behavioral therapies, which is pretty major. According to Gordon:

READ MORE: 10 Perks Of Body Weight Training You Should Know

The study found positive results across the board for strength training and, while it didn’t pinpoint one great type in particular, there was some evidence that suggests lifting for less than 45 minutes seems to help.

Gordon specifically told Time that people should follow guidelines from the American College of Sports Medicine, which advice doing strength training for at least two non-consecutive days a week, with eight to 12 reps of eight to 10 different strength-building exercises each time.

These findings aren’t totally out-of-the-blue either: Research published last year in the British Journal of Sports Medicine found that exercise can change the structure of your brain and how it functions by increasing blood flow. That can make new brain cells and spark the release of endorphins, which boost your mood.

Also, depression is complicated, and it would be impossible — and incorrect — to say that hitting the gym and pumping some iron is going to magically make it go away.

Still, if you’re going through a hard time or struggle with chronic depression, it might be worth adding strength training to your mental health arsenal and guidance from a licensed mental health counselor. It could help give you an added boost to get you back to your strongest self — both physically and mentally.