Earlier today, Pete Davidson took down all his Instagrams —including all your favorite couple photos with fiancée Ariana Grande. Now, he’s returned to the platform, via his Insta stories, to clear everything up. Meanwhile, Grande took to Twitter to announce she’s also about to take a break from the ‘Gram. The culprit: too much negativity. This is why we can’t have nice things, namely Davidson and Grande’s amusing and steady gushy comments about the other on their Instagram accounts.

Davidson wrote in his statement:

No, there’s nothing wrong. No, nothing happened. No, there’s nothing cryptic about anything. I just don’t wanna be on Instagram anymore, or on any social media platform. The internet is an evil place, and it doesn’t make me feel good. Why should I spend any time on negative energy when my real life is fucking lit. The fact that I even have to say this proves my point. I love you all, and I’m sure I’ll be back at some point. 🙂 Your neighborhood goon, Pete. 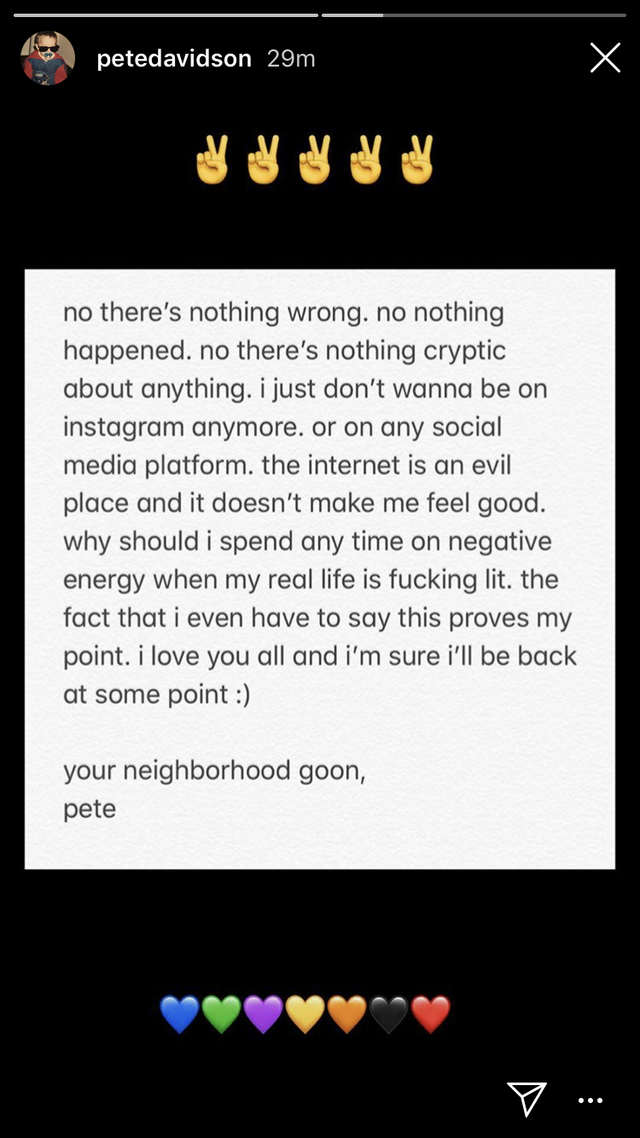 Grande was less decisive about her break, first announcing she’d just do Snapchat for a bit and “take a breather” from Instagram and Twitter “for a little.”

“Just sometimes can’t help but bump into some negative shit that really can bum u out and it’s not worth it honestly,” she wrote to a fan. “Promised I’d always tell you. I love u [so much]! Be well & happy.” A minute later, she reconsidered leaving Twitter at the behest of another fan. “Probably not twitter tbh but wow it can be so toxic sometimes u know?” she wrote. “I see y’all say the same thing all the time so I know u feel me. I love u the most ever.” 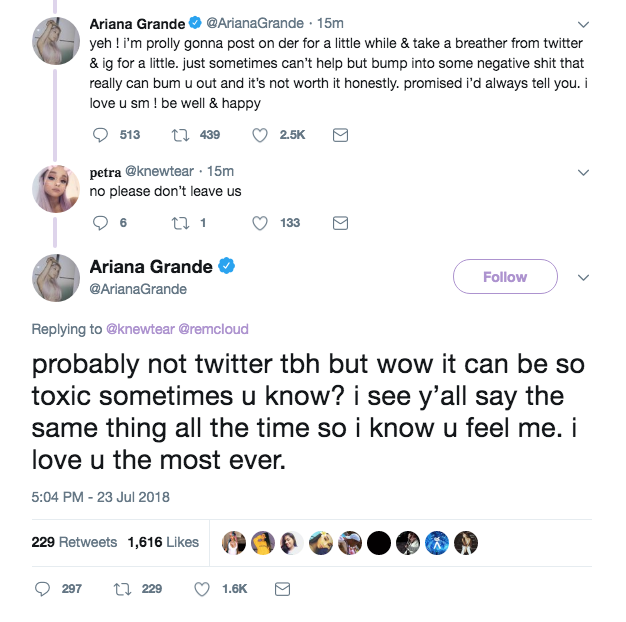 Grande’s last tweet, as of publication, was her addressing a fan’s apology that Grande has gotten hate from others. She told the user she gets the negativity is “jus noise. Know how grateful I am and how deeply I know that and appreciate u. Issa forever situation.” 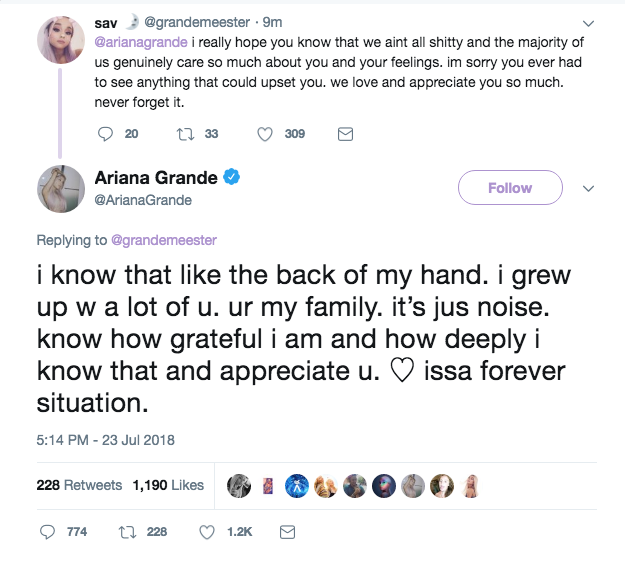 Grande’s last Instagram post was three hours ago, though she posted a story 41 minutes ago, before her Twitter announcements. She’ll likely be on the platform again to share her “God Is a Woman” behind the scenes video this evening, but from there, who’s to say when she’ll be back?