Drake may have devoted a full song, “Finesse,” on his album to his lust for Bella Hadid, but the model took to Twitter to make clear that, despite the romance rumors, they were never anything more than friends. A Twitter user responded to Perez Hilton’s tweet about the story, writing, “who hasn’t he banged.” Hadid wrote back bluntly, “Not me!!! That’s disrespectful. WHY CAN’T PEOPLE BE FRIENDS WITHOUT all the insinuation?” An entire mood procession of emojis—giggles, thinking faces, groans, angry faces—follows. 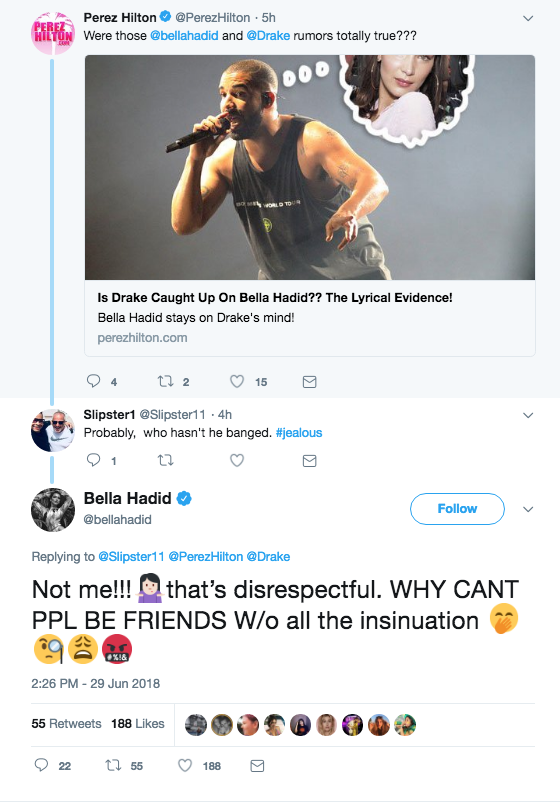 It’s a fair point, given Drake never explicitly rapped about dating her, and the only thing clear from photos taken of them last year was that they have hung out. But Drake seemed to suggest in the track he’d certainly like to date her, rapping in the verses he wrote, “Things will get cancelled/I would make time for you/Commitment/Going the distance/I’m new to all of this.” Maybe it was wishful thinking for his friendship with Bella Hadid, maybe it was about some other successful New York Fashion Week It girl with a hot sister. Drake knows.