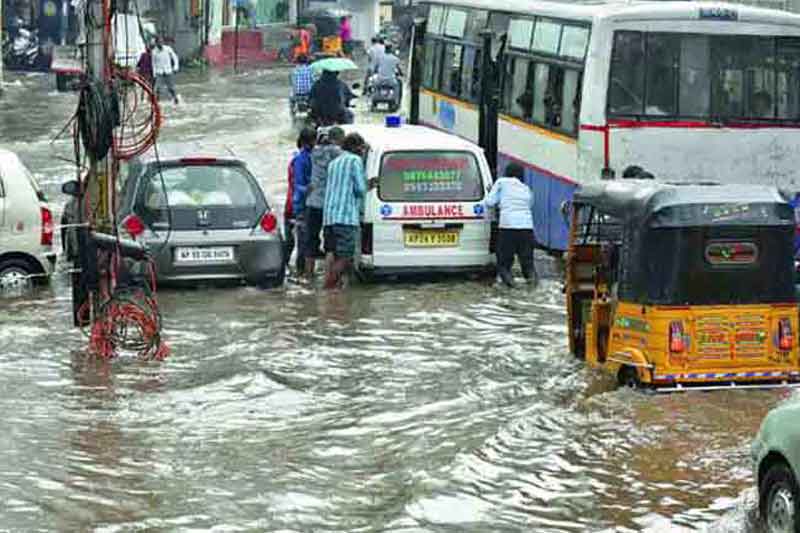 The twin cities – Hyderabad and Secunderabad are on alert for major flood as heavy rain has been forecast for the next three days because of low pressure buildup in Bay of Bengal. The twin cities are already battered due to heavy rain in the previous two days causing flooding in several areas.

Areas like Hakimpet, Nizampet, Alwal, Toli Chowki and Begumpet are anticipated to be flooded in the next 48 hours. Despite the warning, Greater Hyderabad Municipal Corporation and the Telangana authorities haven’t issued any official warning to citizens.

Venkata Ramana said that an NDRF platoon has been alerted by the state government based in the city, and the Army has been requested to be on alert.

On Thursday in the city, tanks, many ponds and lakes in and outside the city had began overflowing, including the Hussain Sagar lake in the heart of Hyderabad.

The Secunderabad- after breaches were caused by flash floods on the tracks Howrah Falaknama Express via Vijayawada and Guntur was evacuated near Bellamkonda, 60 kilometers from Guntur. Had left Bellamkonda station when the tracks got flooded because of heavy rain in Guntur and surrounding places. 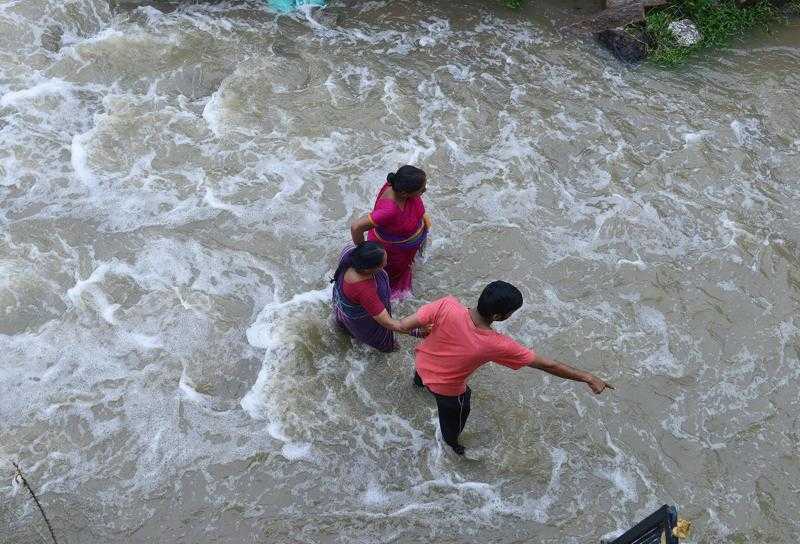 The Guntur-Hyderabad highway was cut off due to flooding for many hours. South Central Railways ACE Uma Shankar said that were transported in buses to Hyderabad.

There was a massiva traffic jam across the city due to the heavy rains. In addition, it battered at Hyderabad leading to floods in low-lying places.

Telangana DGP – Anurag Sharma has directed the Commissioner of authorities of Cyberabad, Rachakonda and Hyderabad for the immediate deployment of NDRF employees in the aftermath of the warning of heavy rainfall. He has asked authorities to use social media and FM Radio to direct traffic away from flooded roads and warn people about open manholes that were submerged.