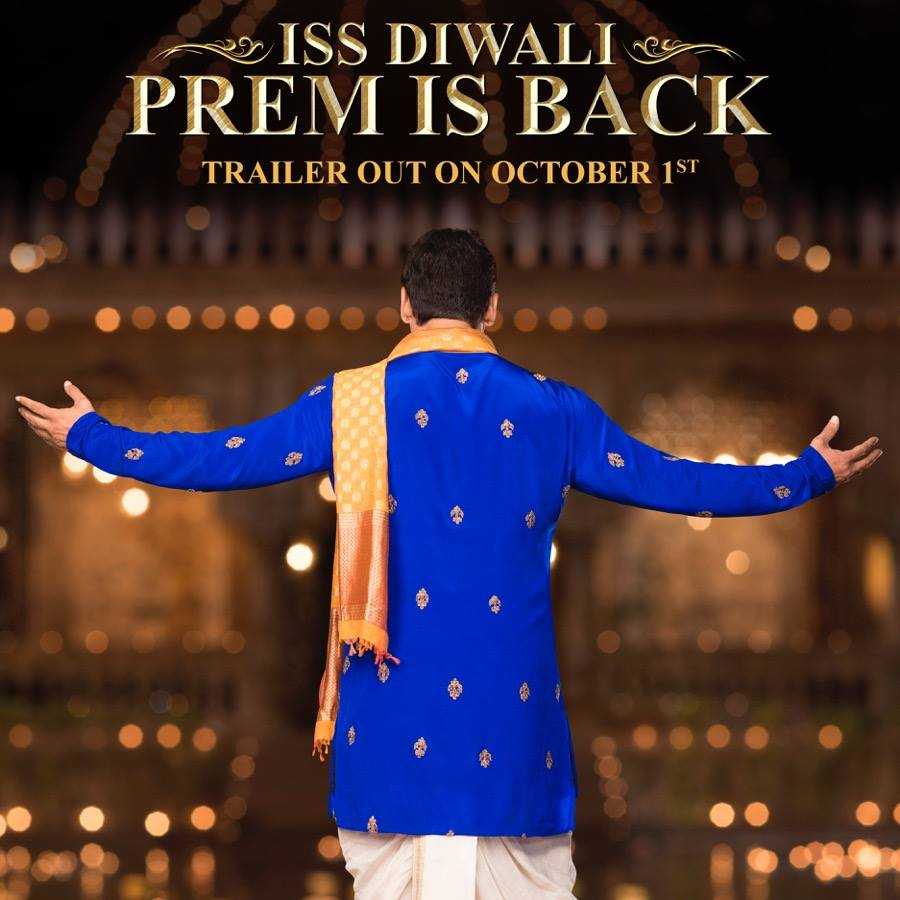 Salman Khan and Sonam Kapoor starrer is a romantic and dreamy story, where Sonam a princess play. The film releases on 12th Nov. When it comes to music album, the music composed by Himesh Reshammiya,  includes 10 tracks.

“Prem leela” Sung by Aman Trikha and Vineet Singh, this really is the primary tune of the album that came out. Mood and the feeling of the song is very merry, also it seems that they are celebrating Ram Leela in this tune. It is something and fun just Salman could have done. But in all honesty, I found the video quite drab. Salman does appear fine in orange dupatta and his royal blue kurta, and Sonam Kapoor gorgeous in her pink lehenga. But this time Sallu’s odd measure just play do its charm.
“Prem Ratan Dhan Payo”, In the beautiful voice of Palk Muchhal, this title track is lovely. Love just how it begins with this type of dreamy feel. However, when the song picks up, it becomes more peppy in tune but rather blah, it’s not catching at all. The song has a lot of distinct tunes put together, which will be the only thing which makes it kind of interesting. From a music composition perspective, it’s not really bad.

“Jalte Diye”, An intimate track from the singers Anweshaa, Shabab Sabri, Vineet Singh and Harshdeep Kaur, which really sounds like an ad background score at one point when most people are singing together in chorus.
“Aaj Unse Milna Hai”, This track is sung by Shaan, and that is the only real reason I sort of approve of this song. The lyrics are silly but cute. The song the most simple tune till now in the album I am not saying that I like It, but to tell the truth.
“Jab Tum Chaho”, This number is minded for the Navratri season! All that’s necessary is dandiya to appreciate this song. The beats are inclined, and it’s lively, it practically sounds like a Falguni Pathak track. Singers: Mohammed Irfan, Palak Mucchal and Darshan Raval.

“Halo Re”, So it’s verified there is some Gujrati influence on this record, and this one beats the last one for Navratri! I do like the previous song more. There isn’t any fun element in this one. Simply dance beats that immediately gets boring. In Aman Trikha’s voice.
“Tod Tadaiyya”, Sung by two of my favourite vocalists Neeraj Sridhar and Neeti Mohan, this tune is once again very playful, and the greatest one from the record. It is catchy and entertaining.

“Bachpan Kahan”, This one is sung by Himesh Reshammiya himself. It is a slow song, and had possibility to be better if sung by another person. It’s got a sweet flow . I think I enjoy it.

“Murli Taanon Si”, Another romantic track, this one. This one is quite intense. In addition, it’s a very short song that ends abruptly, as if Shaan choked on his own words.

“Aaj Unse Kehna Hai”, The last tune starts at random. Another variant. Sung by Palak Mucchal and Shaan Aishwarya Majumdar. Really, very random.
The album has a feel of the late 90s -early 2000 romantic songs. May be close to the age of Hum Saath Saath Hai and Hum Dil De Chuke Sanam. It is different, undoubtedly, although not in any way that is interesting. Pretty sure that the songs would be more fun on the big screen while the movie is playing.