Here’s a new detail about the Nick Jonas–Priyanka Chopra love story that may or may not be as serious as it appears: Page Six is reporting the two are now wearing matching gold bands (though not on their left ring fingers). They have been wearing the rings publicly since June 22 and were photographed with them on in India.

Yesterday, the couple spent Fourth of July in New York City with the full Jonas Brothers family, and Jonas was photographed wearing his band on his middle finger. Chopra wore hers the day before, according to the outlet. But they tend to wear them on the right hand, meaning the rings are likely just for the hell of it, rather than an actual sign of, you know, a wedding. 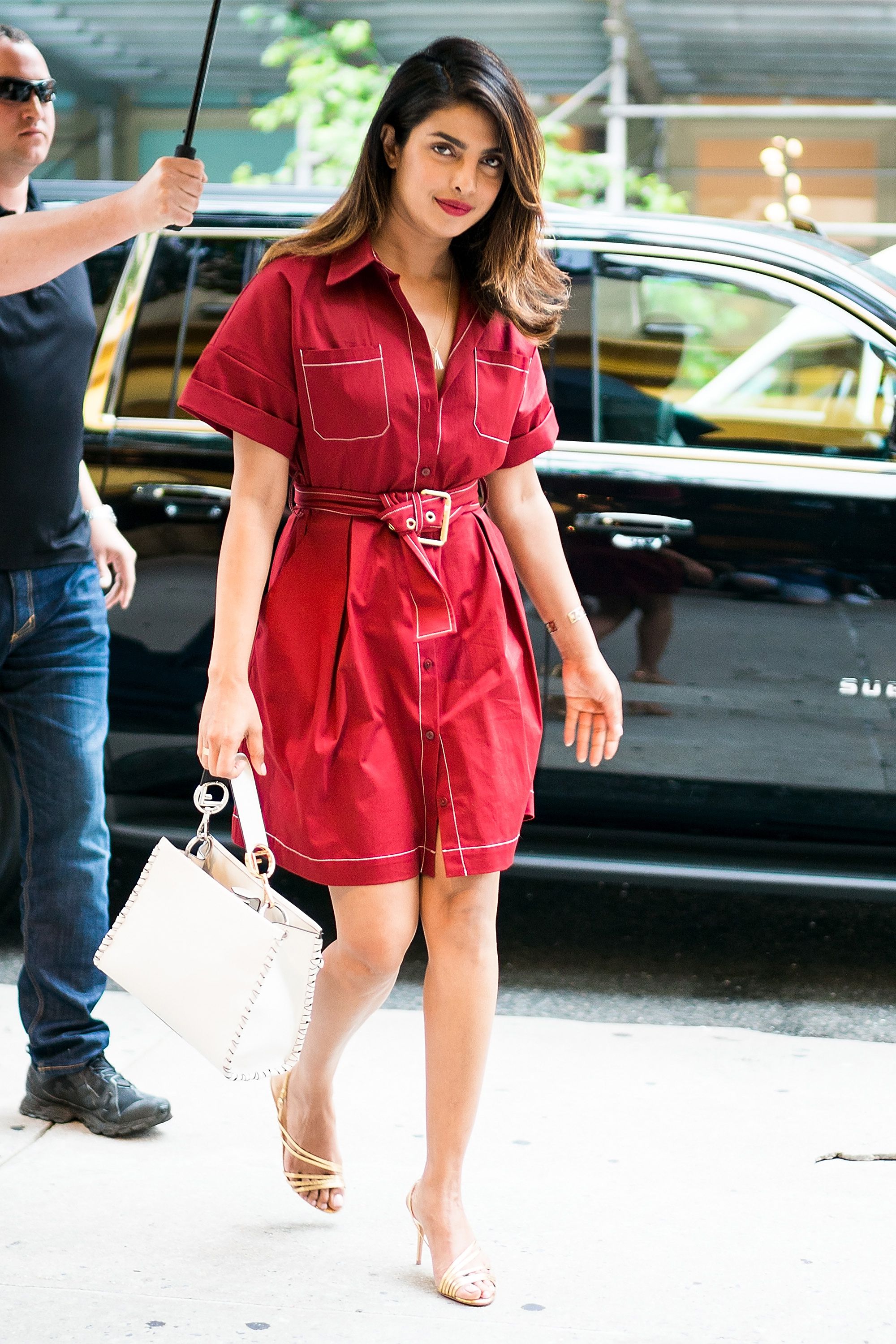 Priyanka Chopra in SoHo on July 3

Chopra and Jonas were seen Citi-Biking with Joe Jonas and his fiancée Sophie Turner, north from SoHo to the Upper West Side and Central Park. (E! has photos. Leonardo DiCaprio, want to fifth-wheel?)

A source told E! that the couples took different approaches on the ride. “Joe and Sophie rode faster with a pack of friends, while Nick and Priyanka were in the back,” the source said. Chopra and Jonas were also “touchy feely,” apparently.

Later that night, Chopra reunited with all the Jonas brothers (remaining bros Kevin and Frankie Jonas joined) to watch the fireworks from a rooftop. She shared an Instagram story of the view, while Jonas posted a permanent grid shot of his family celebrating. 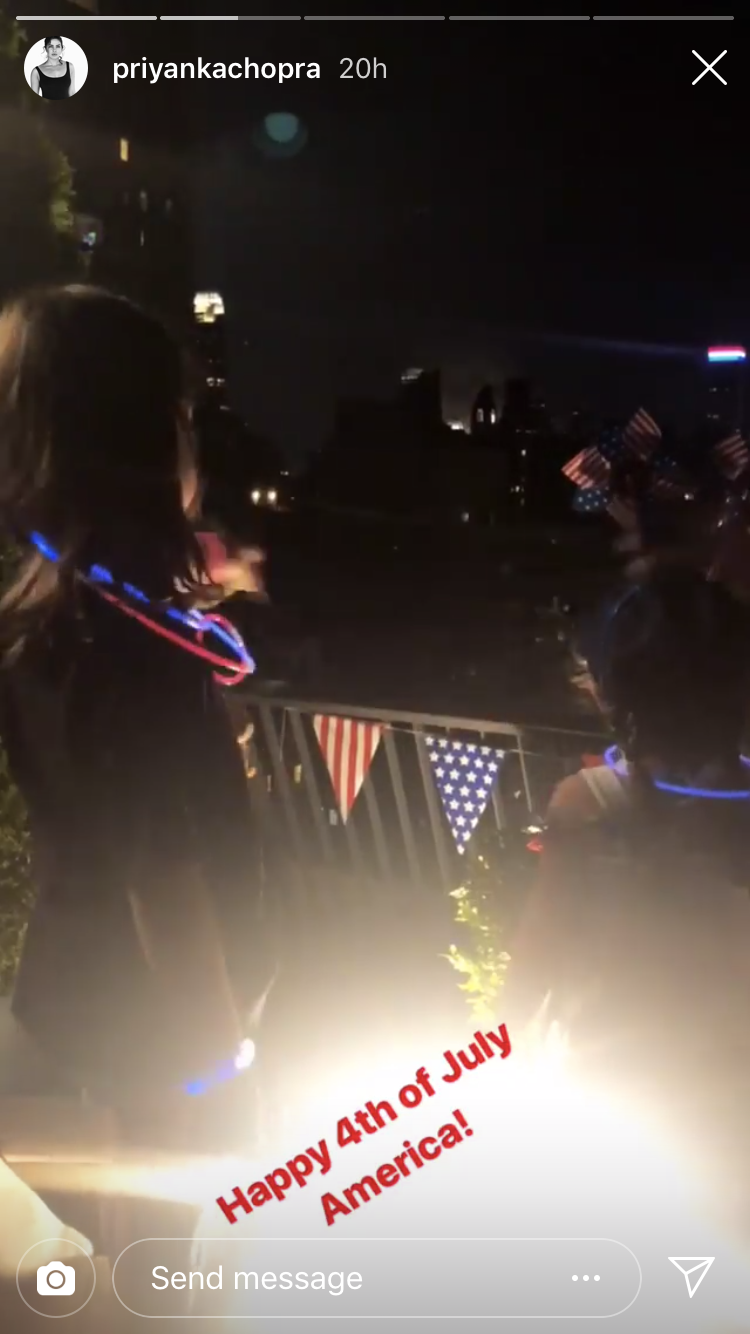