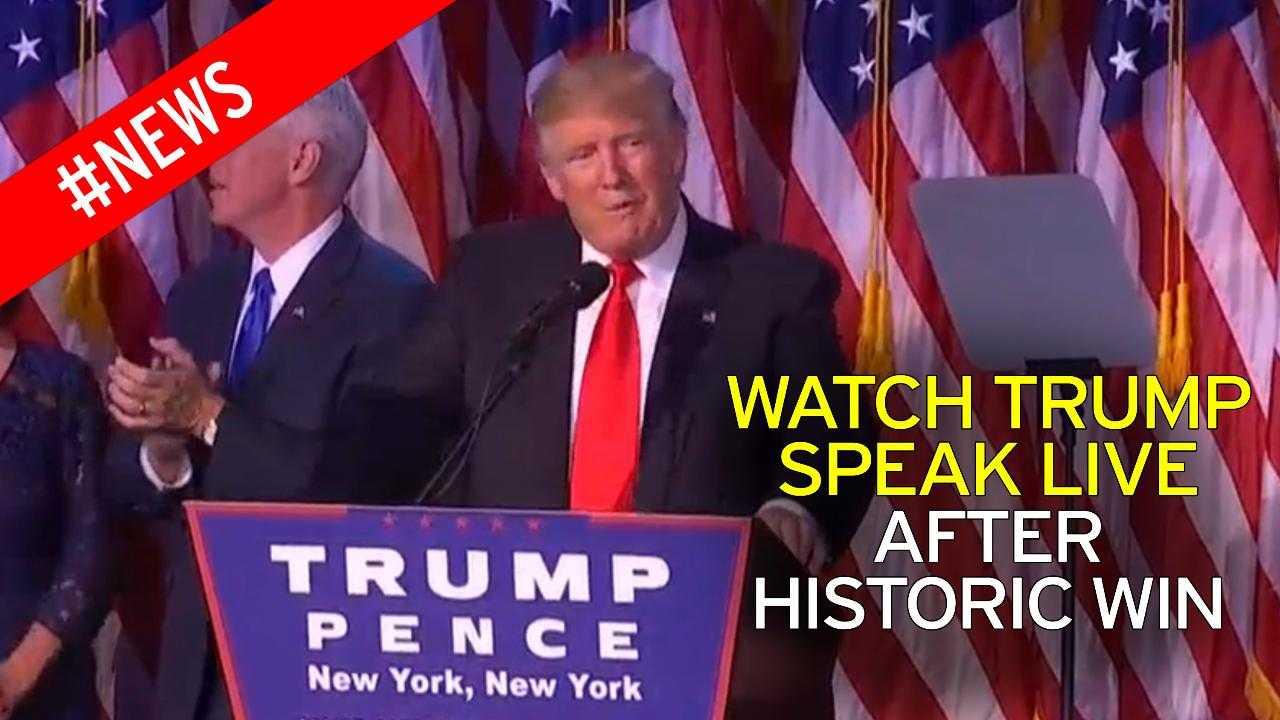 US election 2016: Hillary Clinton: ‘This is painful and will be for a very long time. We owe Donald Trump an open mind’

US election 2016: Hillary Clinton: ‘This is painful and will be for a very long time. We owe Donald Trump an open mind’

Donald Trump won the US presidential election early this morning in a stunning victory that sent shockwaves around the world.

The Republican took the key swing states of Florida, North Carolina and Ohio early this morning, as he marched towards the White House.

Mr Trump pledged that he would be “president for all Americans” in his New York victory speech.

He said he was “reaching out” to the people who had not supported him to “unify the country”.

“Now it’s time to bind the wounds of division. I say to Democrats and Republicans it is time come together as one united people,” he said.

“I pledge to be president for all Americans,” he said, adding: “The forgotten men and women of our country will be forgotten no longer.”

He said it was not a campaign but a movement that had won him the White House, comprised of “all people of different backgrounds and beliefs”.

He said victory had been “tough”. “This political stuff is nasty and it’s tough,” he said, while thanking his family.

It was an extraordinary election night. Mr Trump won some early east coast states and did not look back. When he secured the key swing state of Florida, a clear path to the presidency was laid out. He went on to win Ohio and South Carolina.

In an extraordinary development, Mrs Clinton did not initially concede the election – but then later called Mr Trump to congratulate him on his victory.

Mr Trump offered generous words for his vanquished opponent, saying she had worked hard for many years and was owed a “deep debt of gratitude”.

The crowd was respectful at the mention of Mrs Clinton.

In a conciliatory speech Mr Trump added:  “We will get along with all other nations willing to get along with us. We will deal fairly with everyone. We will seek common ground, partnership not conflict.

“America will no longer settle for anything less than the best. We must reclaim our destiny.”

The Republican surpassed expectations and confounded pollsters in Florida, where Mrs Clinton had been expected to win following a surge in the Hispanic vote.

Mrs Clinton’s hopes of a swift victory faded as the Republican picked up a series of states early on and maintained his momentum.

Financial markets around the world plummeted as votes for Mr Trump stacked up.

Mr Trump’s threats to rip up a free trade agreement with Mexico and tax money sent home by migrants to pay for building a wall on the southern US border if elected president caused the peso to hit a record low.

Nigel Farage, the leader of Ukip, described the result as “bigger than Brexit”.

He told The Telegraph that Mr Trump’s election will represent a “massive result” for Britain.

He said that the UK would have a “friend in the White House” who will prioritise trade relations with the UK.