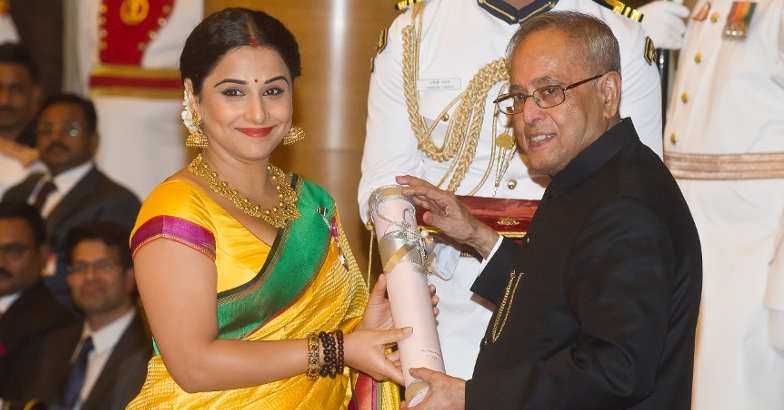 Vidya Balan says she will not return her National Award

Vidya Balan says she will not return her National Award :

Bollywood star Vidya Balan today said she will not give back her national award as it was an honour bestowed on her by the country and not the government.

The opinion comes in the backdrop of some prestigious film personalities returning their National Awards in solidarity with FTII pupils and against growing intolerance in the united states. “This honour (the award) is by the state rather than the government. So I don’t need to return it,” Balan said in the ‘India Today’ Conclave.

Other filmmakers as well as Banerjee said their determination was taken in light of the apathy shown by the government in addressing the overall environment of intolerance against argument as well as the problems raised by the FTII pupils.

The FTII pupils stopped their 139-day-old strike to go back to the courses from BJP member Gajendra Chauhan as chairman of the prestigious institute and the appointment of celebrity, but said they’ll continue to seek his removal.

Balan likewise stated no one ought to be compelled to work to get a certain cause and that working towards societal causes needs to be an individual determination. The 37-year old performer will be seen in the Marathi film ‘Ek Albela’, a biopic on performer- Bhagwan Dada director. She’s going to portray golden age celebrity Geeta Bali in the movie. The movie is scheduled for release in January.