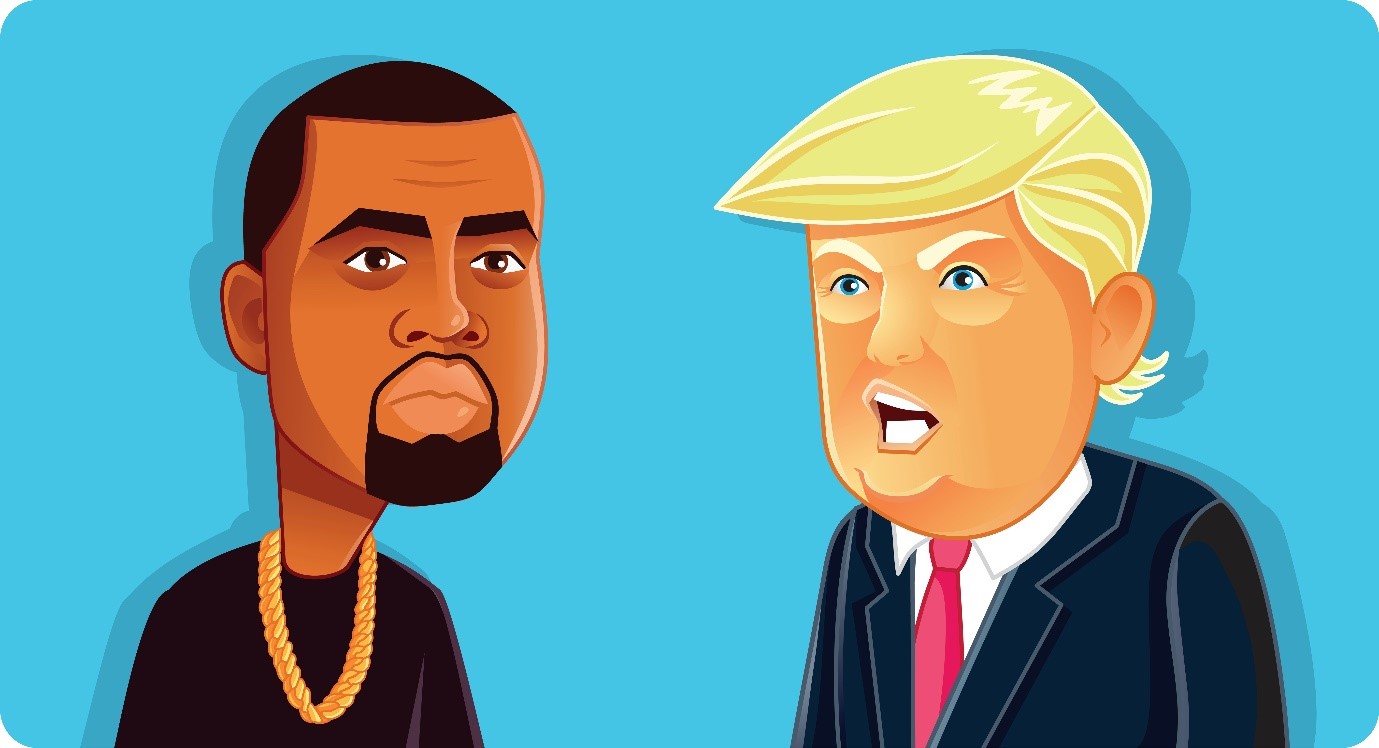 What we know about Kanye West’s Presidential bid

Amid the uncertainty of the global coronavirus pandemic, the 2020 US Presidential election is just months away. While rapper Kanye West threw his hat in the mix last month, it still looks set to be a head-to-head race between the current Head of State Donald Trump and his Democratic counterpart Joe Biden – who is the heavy favorite in the US Election odds. Will Kanye West’s Presidential bid just distract from the two main candidates.

Still, despite his massive outsider status, it’ll come as no surprise that West won’t go down without a fight. The controversial husband of reality star Kim Kardashian has already caused a stir, including controversial Tweets and a meltdown at a rally. With that in mind, let’s take a look at what we know about West’s bid thus far!

“We must now realize America’s promise by trusting God, unifying our vision, and building our future. I am running for President of the United States! #2020VISION”

Billionaire SpaceX and Tesla founder Elon Musk, alongside his wife Kim and his fans, showed their support in their replies.

We must now realize the promise of America by trusting God, unifying our vision and building our future. I am running for President of the United States! #2020VISION

Kanye cuts ties with Trump and announces his campaign.

Kanye, and his wife, had been long-term advocates of Trump, with the couple even visiting the President at the Oval Office. In contrast, Kanye has donned the infamous red MAGA (Make America Great Again) cap on multiple occasions. In an interview with Forbes, West confirmed that he is ending his alliance with the current President.

“I am taking the red hat off, with this interview,” the Yeezy creator announced.

The 43-year-old also used the interview to lay down the foundations of his campaign and reveal his new slogan – The Birthday Party. When asked why he chooses the banner, West added: “Because when we win, it’s everybody’s birthday.”

The rapper WILL appear on the Oklahoma presidential election ballot.

It was revealed last month that Kanye had paid the required $35,000 fee, and filled in the necessary paperwork, just before the deadline, to appear on the Oklahoma presidential ballot. Since then, West has also filed to appear on ballots in Illinois, South Carolina, and Missouri. However, the South Carolina election commission revealed that Kanye missed the deadline.

Unfortunately for Kanye – who was incredibly late to the party – he has also missed the deadline for North Carolina, Nevada, Florida, Michigan, Delaware, Texas, New Mexico, Kansas, Nebraska, and Indiana.

Meanwhile, in New Jersey, Kanye gathered over 1,300 signatures on the ballot – over 500 more than the required amount – and is now listed as a presidential candidate on an unofficial list.

Kanye has a meltdown at his first rally

Just two weeks after his Twitter announcement, Kanye held his first rally in Charleston, South Carolina. During the demonstration, West, who is vocally pro-life, became visibly emotional on abortion, saying: “My dad wanted to abort me. My mom saved my life. There would have been no Kanye West, because my dad was too busy,”

“I almost killed my daughter … So even if my wife were to divorce me after this speech, she brought North into the world, even when I didn’t want to,” he added. “She stood up, and she protected that child.”

Following the rally in South Carolina, which raised concerns around Kanye’s health, the rapper took to twitter with some extraordinary claims that have since been deleted. The first claimed that his wife was trying to get a doctor to lock him up and that the hit movie Get Out was based on him. The following night, Kanye claimed that he’s ‘trying to divorce’ Kim, while he also compared her “momager,” Kris Jenner, to North Korean Supreme Leader Kim Jung-un – branding the 64-year-old ‘Kris Jung-un.’

Kanye files for Arkansas with Michelle Tidball as his vice-president

With Kanye missing deadline-after-deadline, the rapper filed for Arkansas, with the required 1,000 signatures, just 15 minutes before the deadline, and he will now reportedly feature on the state’s ballot. The biggest surprise, however, was Michelle Tidball being named as his running-mate. West had mentioned Tidball in his previous interview with Forbes. The religious life coach lives in Cody, Wyoming, where Kanye also owns a range – where he has been living separately from Kim for some time now.