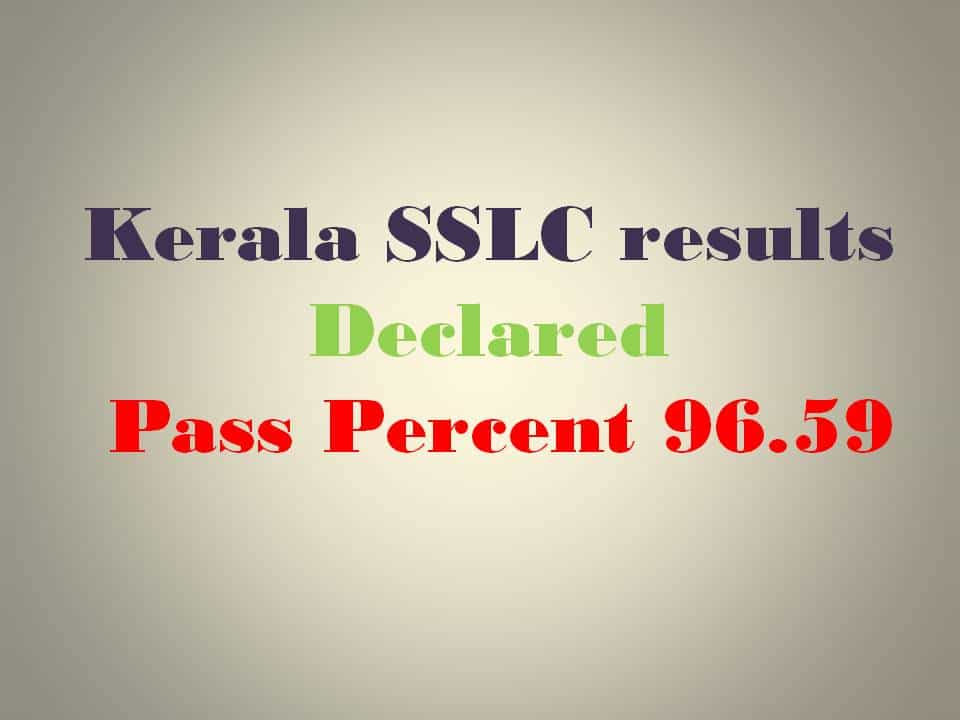 Results for the Secondary School Leaving Certificate (SSLC) examination in Kerala for the 2015-16 academic year was declared on Wednesday.

As many as 4,57,654 students qualified for the higher studies, registering an overall pass percentage of 96.59 in the SSLC examination.

As many as 22,879 pupils procured An in all areas, and 1,207 schools enrolled 100 percent pass, education department officials said.

While Pathanamthitta district scored the highest pass percentage (99.04), high range Wayanad (92.3) was lowest in terms of pass percentage in the tests, held at various centers in Kerala, the Gulf and Lakshadweep islands in March.

The Save a Year (SAY) test would be conducted between May 23 and 27, they said.

Chief Secretary P K Mohanty did meet here, as Education Minister Abdu Rabb could not announce the results due to the present code of conduct in Kerala in view of the May 16 Assembly surveys.