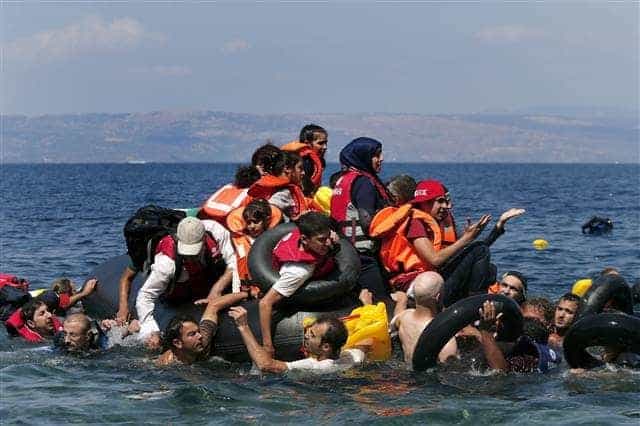 ATHENS:
Eleven individuals from a dinghy carrying 45 people were still recorded as missing following the latest disaster including migrant boats that were overladen crossing the Aegean Sea to Greece from Turkey.

Authorities said 12 bodies had been found by them but the amount grew rapidly as rescuers combed the waters for the lost.

One of the survivors, who managed to swim to land raised the alarm.

There clearly was no info yet on the migrants’ country of origin.

Despite wintry circumstances, a large number of people fleeing poverty and war in Africa, Asia and the Middle East continue to make the dangerous sea journey to Europe.

44 individuals drowned in one day when three boats that were migrant ran into trouble in Greek waters.

Rescuers yesterday found the bodies of seven migrants that were drowned, including two kids, after their boat sank off the Greek island of Kos.

The newest tragedy comes as swamped Greek authorities are under pressure out of their European counterparts to staunch the migrant flow.

Greece received over 850,000 entrances. this past year