It’s a well-known fact the film is coming in the combination of Allu Arjun and Boyapati Srinu.

Now Sarainodu Film Teaser Release Date was declared by Bunny. Nevertheless, fans expect this movie will get great success as his previous movies and are euphoric with Sarrainodu Teaser. The film has Catherine Tresa and Rakul Preet Singh as its leading female roles.

Director Boyapati Srinu is heard to have produced a teaser that was stunning to provide a knockout punch to all.

Film-makers have released the first look poster of Sarainodu picture on Republic day eve. All the lovers of Allu Arjun who are waiting to see it they can take a look at the teaser on Feb 18 here. 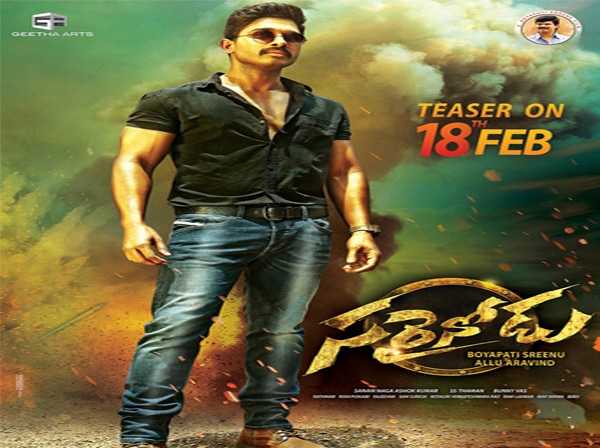 According to internal sources, Allu Arjun will try his fortune by crooning a song for his coming entertainer Sarrainodu.