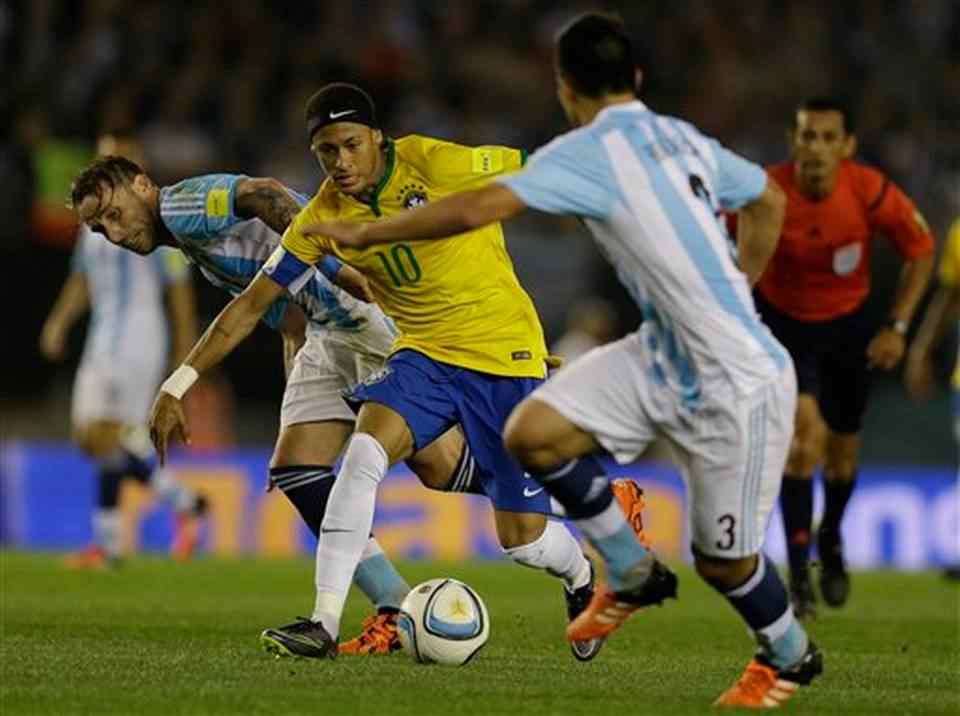 Brazil and Argentina drew 1-1 in their much-anticipated World Cup qualifier on Friday, with neither of the conventional South American powers competent to procure the success needed to kick start their slow start to the 2018 qualifying effort.
Argentina, the World Cup runner up this past year in Brazil, has just two points from three qualifying matches. It played without three wounded stars — Lionel Messi, Carlos Tevez and Sergio Aguero — and it revealed.

Brazil has four points from three matches. It’d Neymar back from a four-match ban, but continued to fight with pressure building on Argentina’s Gerardo Martino and trainer Dunga.

South American qualifying is led by Ecuador with a perfect nine points and Uruguay with six.

Jefferson Farfan scored the lone goal in the hosts held on in a match seven couldn’t manage to lose when they were to challenge for the top four spots which give World Cup berths as well as the 20th minute.

The classic confrontation between the conventional powers in South America was delayed when torrential rain in Buenos Aires prompted officials before the match started on Thursday to call of it.

Friday’s match started with a minute of quiet for the scores killed in explosions and Friday’s shootings in Paris.

It absolutely was the first goal in three World Cup qualifiers in Argentina.

The goal came after the first half was dominated by Argentina with early opportunities with Angel Di Maria Ever Banega and Facundo Roncaglia analyzing Brazil goalkeeper Alisson.

The ball barely touched in the first half and was unsuccessful when he did. Brazil had few opportunities and rarely mounted an assault, though it was in the 2nd half and pressed

Brazil capitalized on that reprieve and score in a ball that bounced to Lima after Douglas Costa had hit the crossbar when he knocked.

Argentina likely had the greatest opportunity to win when a ball was headed by Nicolas Otamendi’s wide of the near post in the 86th.