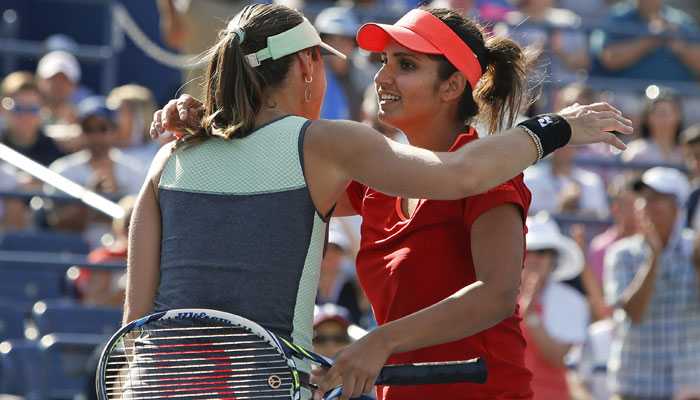 Martina Hingis and Sania Mirza carried the dominance of 2015 into the new season, winning their sixth successive title by lifting the WTA Brisbane decoration, here on Saturday.

The world number one team, Sania and Martina, have now stitched a 26- here.

It’s the longest winning streak since Roberta Vinci and Italians Sara Errani ‘s 25 in a row in 2012. Sara and Roberta had won five titles in a row, at Barcelona, Madrid, Rome, the French Open and ‘s-Hertogenbosch.

Sania and Martina though were not perturbed, having defused many times to such situations in the last couple of months. They went about their business calmly and restored the equality with another break.

Shortly it was 4-4 and the Indo Swiss combination held the ninth game, forcing Kerber and Petkovic to serve under pressure and stay alive in the set. The unseeded team though did not crack and stayed strong to make it 5-5.

Petkovic and Kerber functioned at 5- it to elongate to a tiebreaker but offered Sania and Martina two break opportunities and the top seeds obliged on second to nose.

The top seeds controlled the game better in the next set, racing to a 3-0 lead by breaking their competitions in the 2nd match.

Before closing the match in their own favour, it ended up being a cakewalk for them from there, losing only one game.