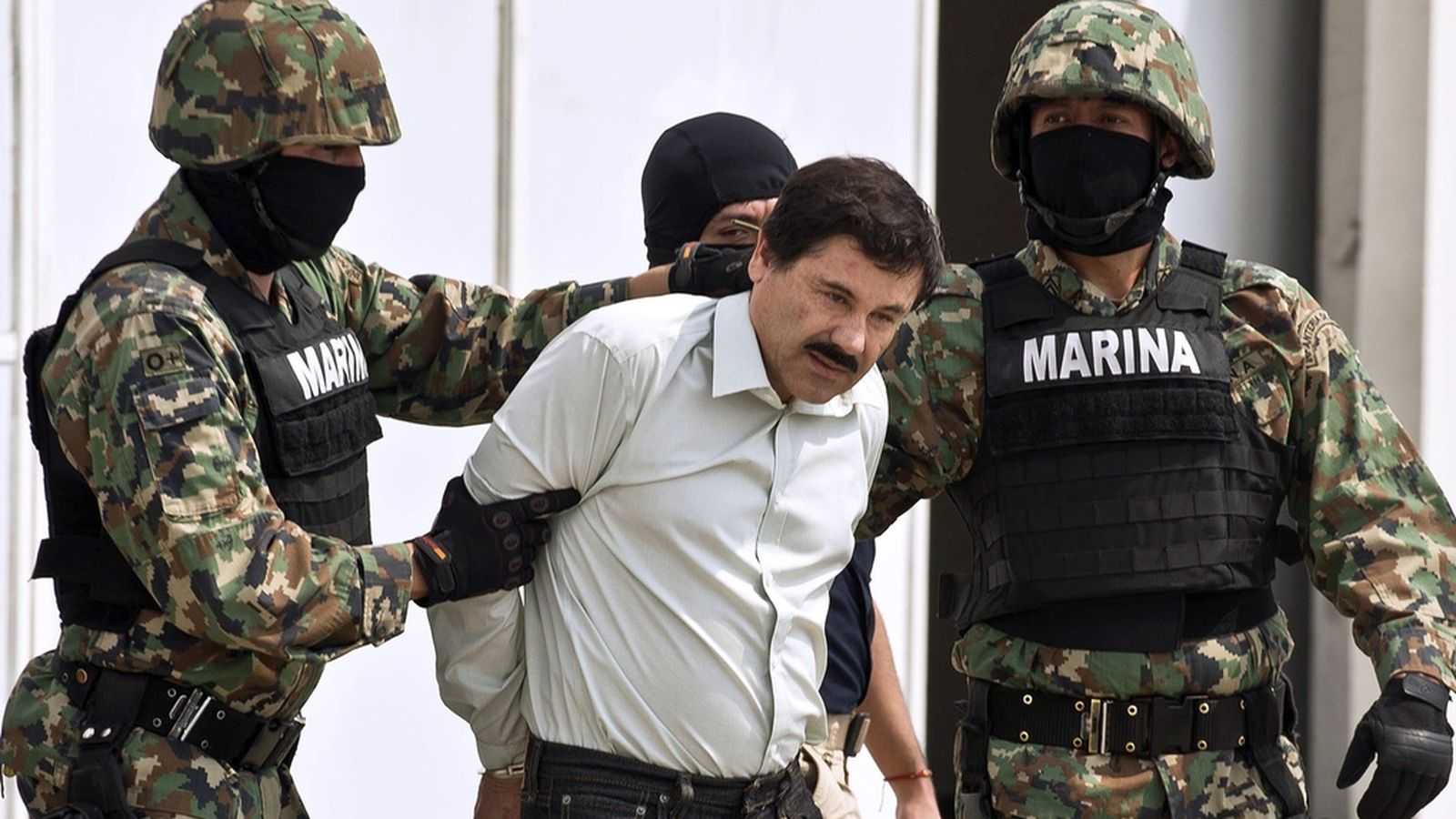 Mexican marines caught El Chapo, which means ‘the brief one’ during a raid in the town of Los Mochis, in Spanish, located in the kingpin’s home state of Sinaloa.

Five cartel gangsters were killed and another six were detained in the raid, while one Mexican marine sustained non-life-threatening injuries. A vast arsenal of weapons was siezed, including machine guns, rocket launchers and armored vehicles.

El Chapo had earlier escaped from a closeby house which came under fire from marines as the net closed on the cartel leader, Mexican officials revealed.

Mexican police say the U.S. Drug Enforcement Administration and U.S. Marshals assisted in El Chapo’s recapture. He was seen being bundled on to a plane by security officials on Friday afternoon, although it’s not clear whether El Chapo will be extradited to the USA.

The raid also ended in the capture of El Chapo’s right-hand man ‘El Cholo’, a hitman who was also on the run from the law.