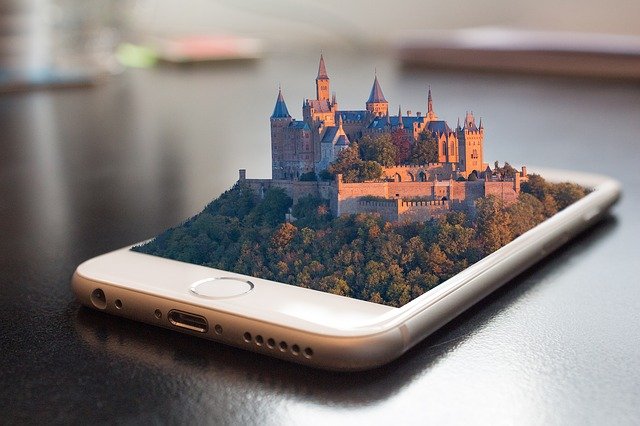 Nearly every aspect of the entertainment industry, including cinema, music, art, television, and theatre, has at one time or another gained inspiration from historical events or significant periods in the past. The gaming sector of entertainment is no different, with dozens of new titles being released every year whose settings immediately transport gamers to past places and spaces. Thanks to their realistically designed backgrounds, characters, and overall graphics, these historical worlds create immersive gaming experiences that captivate players. Here we look at just four time periods that have commonly shown up in popular online games over the years.

The Middle Ages were a hugely defining era in European history, lasting a whopping 1,000 years from 500 AD to 1500 AD. A period defined by intricate castles, cathedrals, swords, and suits of armor, all of these symbolic images and more is brought to life in Medieval-themed games. An entire host of these titles exist online today, with examples of some notable series being Assassin’s Creed and Age of Empires. These online gaming franchises are two top major sellers in the historical genre alongside many others.

The architecture of the Middle Ages can be seen in some of these widely popular, mythical medieval game selections.

Jumping forwards to a different historical period that took place hundreds of years after medieval times, the American Frontier, also commonly known as the ‘Wild West’ era, was a stretch of time in US history that reinvented the territory west of the Mississippi River. Here, cattle grazed through open fields and vast landscapes, and cowboys adventured into bustling saloons which overtook practically every region. This time, which lasted from the 1850s up to 1900 and beyond, is illustrated in many past and present titles. Some are made for PC play, like the first-person shooter Outlaws and the turn-based tactical game Hard West. Online casinos have also released certain slot games that transport players to the epicenter of Old Western life, their symbols and reel designs drawing inspiration from frontier lands. Even their names, Wild Draw Saloon and Sticky Bandits, alert players to the fact that they are about to venture into worlds filled with thrilling cowboy showdowns.

Another period that often comes up in the gameplay and storylines of modern online games is that of Ancient Greece. From approximately 700-480 B.C., this was a time of great philosophical awakenings, art production, open-air theatre performances, and stunning examples of architecture (many of which are still visible in ruin form today). The gaming industry has been known to replicate the happenings of Ancient Greek culture in their titles for decades. Now, with players choosing from popular games such as Spartan: Total Warrior and Zeus: Master of Olympus, they throw them into Greek intrigue and adventure lands. Even the previously mentioned Assassin’s Creed series released a title named Assassin’s Creed Odyssey, which features this historical era’s authentic nature and symbolism.

How many titles do you know that portray the distinct features of Ancient Greece in their gameplay?

Moving away from ancient periods and into the 21st century, the Cold War is a predominant backdrop for many different games today. For example, Call of Duty, one of the highest-selling video game franchises of all time, relies on it as the setting for more than a few titles. Thanks to modern technology that allows graphics to remain realistically close to the real thing, these are some of the most immersive games available on today’s market. They feature intense battles and trained military personnel, recreating the environment of wartime combat in everything from visuals to sounds, motion sensors, and more.

So, there you have it! The real historical settings behind some of today’s most popular gaming titles. And if these gaming scenarios have got you eager to jumpstart your playing experience, but your laptop or PC is not currently in shape to support heated gaming sessions, it might be time to speed up your device with these helpful tips. After all, diverse gaming universes like these are just a click away.

Featured Image by FunkyFocus on Pixabay