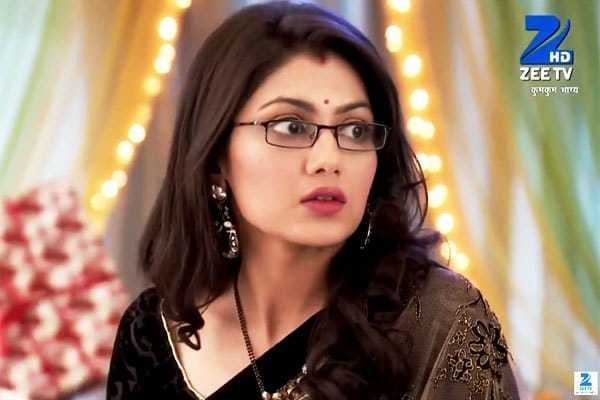 In the last episode of the TV series Kumkum Bhagya, we have seen that it started with Abhi requesting everyone not to let the cops come inside.

As she’s of stealing cash alleges Pragya is concerned for her mom Sarla. Now Tanu taunts to Pragya, that just be happy as Sarla will be arrested and you will be saved and Pragya asked her evil.

Now Sarla is even ready to surrender herself as unless the offense will be framed on Pragya. But Abhi doesn’t desires Sarla to get detained.

Now Tanu stated about Sarla that she’s playing emotionally, she should stop doing so and now she should surrender herself.

Purab said to the authorities that this is our family issue, but the police said we should detain her, and he said that we have to detain Sarla Arora.

Pragya try to clarify to police that Sarla is innocent but all goes in vain. Dadi asked as he doesn’t desire Sarla Jee to see jail and Tanu needs that Pragya should take the blame on herself.

Abhi to do something, then she will be in imprisoned.

Sarla is in worry for Pragya and now in front of Police Tanu is active blaming Pragya on the stealing case. She was about to admit her crime which she didn’t did. But unexpectedly Sarla said that she stael the money, and now authorities is about to arrest her.

Pragya asked Sarla, you take this fake blame on yourself to save me. Sarla asked Pragya you need to save your Kumkum and that if you would have been go to jail then Tanu will be Wedding Abhi.

Pragya asked Sarla, I won’t let this happen. Abhi is shocked as he is aware of it. He also called both of them an emotional fool and that Sarla nor Pragya steal cash.