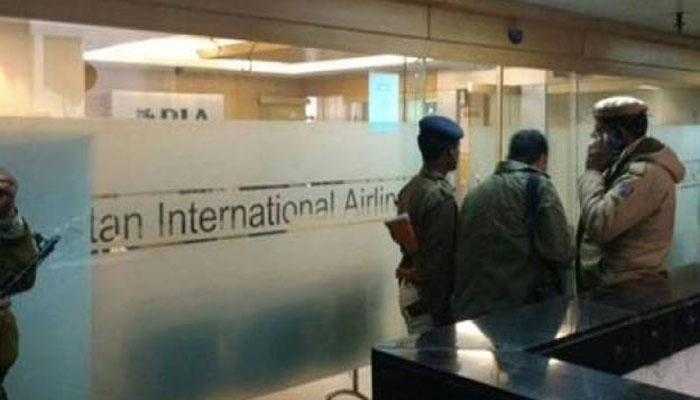 Posing as potential customers, four-five Sena activists vandalised the office and entered the PIA office at around 3 pm on Barakhamba Road in the central business district, breaking several computers and tearing up documents.

A Delhi Police team reached the area and arrested 24-year-old Lalit alias Amit while the others managed to escape.

Police had got the CCTV footage on the event.

The PIA office, situated on the sixth and fifth floors of Narain Manzil on Barakhamba Road, was shut when the Hindu Sena activists raised and struck anti-Pakistan slogans after vandalising the office.

Police said the activists left behind some pamphlets, saying Pakistan was always involved in terror attacks in India, including at the Indian consulate in Afghanistan, along with Pathankot’s Indian Air Force base.

“India should not have any relationships with Pakistan till it stops terrorist activities and hands over fugitive underworld don Dawood Ibrahim and worldwide-designated terrorist Hafiz Muhammad Saeed to India,” one of the pamphlets read.