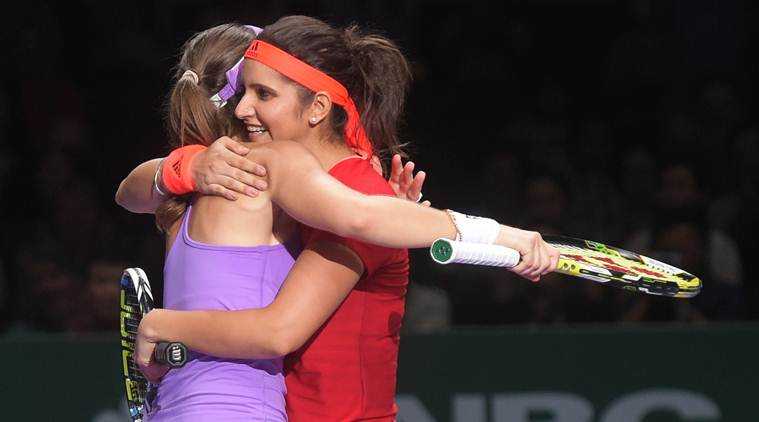 Sania Mirza-Martina Hingis secured the Year-End WTA No. 1 doubles ranking on Saturday.
The Indo-Swiss pair had as many as eight titles this year which speaks volumes of the success.
The pair also prevailed in two Grad Slam finals: One at the other and also Wimbledon at US Open.
Hingis for the very first time was partnered by Sania Mirza in the BNP Paribas Open in March, 2015 where they also bagged their maiden title together.
“This is something we have worked towards especially in the later part of the year. When we teamed up, we were testing it out. However, as soon as we started doing well, we recognized that we could do some great things together and it became one among our aims to stop the year No.1, so we are extremely happy to have achieved that,” Sania Mirza was quoted as saying by the WTA web site.