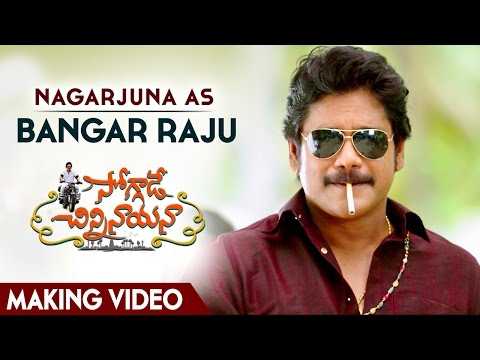 He has played two characters in the film, and this character of him has gone well into the audiences. Nagarjuna has booked the title Bangarraju in the film chamber and also the news is buzzing a lot in the Tollywood town. Scroll down to understand more information about the sequel of Soggade Chinni Nayana- Bangarraju.

Akkineni Nagarjuna who’s at the peak stage of his career is planning for more big movies in his career. He’s selecting good narratives that have a significant effect on his characterization. After Manam in 2014, he released his next which was SCN. The response for the movie was mind-blowing, and the movie received around Rs.50 Crore mark and with this movie Nagarjuna has entered into the 50 crore club. His slang in this movie along with few dialogues brought the audience to the theaters.

Today, the teaser for Nagarjuna latest film Oopiri has released. Kalyan Krishna who made his introduction as a director with SCN into Tollywood may also direct its sequel Bangarraju. Nagarjuna’s costume as Bangarraju in SCN is the one which has got a solid response. So the makers have intended to do the sequel to the film. The official confirmation from the film unit is not yet been made. The cast and crew details of the sequel will even be declared once the makers announce the film.