The film is about an NRI’s journey from USA to India. A well-settled young guy in USA Krishna Vara Prasad (Sunil) longs to come to India, his birthplace. While his uncle (Mukesh Rishi) opposes his plans, his aunt would like to see him as he’s not stepped in their own residence for 18 years. Without informing his uncle, Krishna flies to India. His connecting flight in Europe gets canceled and at the airport, he meets a guy (Ajay) and his young son as well as a beauty Pallavi (Nikki). 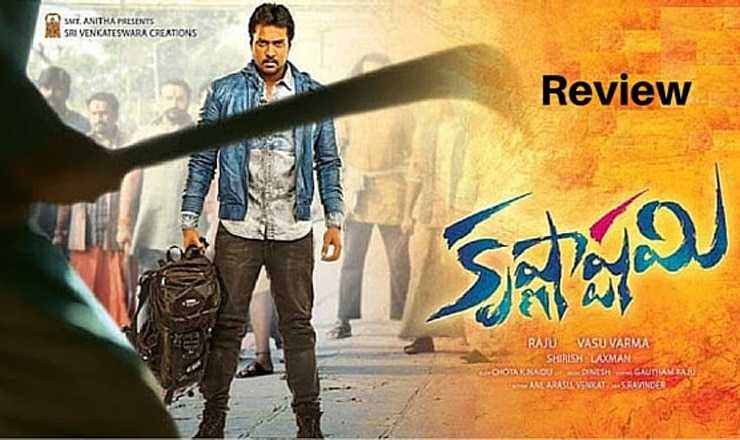 Once he lands in India, some goons’ attack his car in which he’s traveling along with his pal, as well as the guy whom he met at the airport. This episode takes his life into a vortex of a dilemma.

Exactly fifteen minutes into the film, you can simply guess where this movie is heading to and how precisely it is going to end. Such is the scenes that were formulaic along with the cliched storyline it’s filled with. We’ve seen many pictures with simple template of mass movies. It seems like make a different movie of it and the writing team wanted to shoot a scene from each big hits in the recent past. But they ended up writing what we have seen already. This would have been excusable if the psychological buttons are played or when it is told in an entertaining way.

While Sunil has not done any comic sequences, Saptagiri, and Brahmanandam with sequences that are inane neglect to provide any amusement. The screenplay is shoddy, to say the least. A pre-interval sequence of Ajay telling his story and the strike happening is rather good. The climax scene is also fantastic. Besides these two episodes, nothing amuses or excites.

Sunil has looked so worn out. He should focus on doing humor, which is his forte, instead of serious epic roles that have inadequate characterization. Both Nikki and Dimple’s characters are poorly written. Ajay in a short part is not bad. The child who played with the son of Ajay is adorable. Among other cast members, Pavitra Lokesh makes some impact. Asuthosh Rana and Mukesh Rishi have done an awesome job.

Music is not up to the mark. Art work is decent.

Despite the movie having the sharp runtime of 140 minutes, the predictable screenplay makes the picture very lengthy. Vasu Varma, the director of the film has failed once again in performing a decent picture. If not for Dil Raju’s production values, the picture would have appeared even shoddier.

Final Words: Krishnashtami’ is old wine in old bottle. A combination of several narratives, the narration is full of a lot of platitudes.