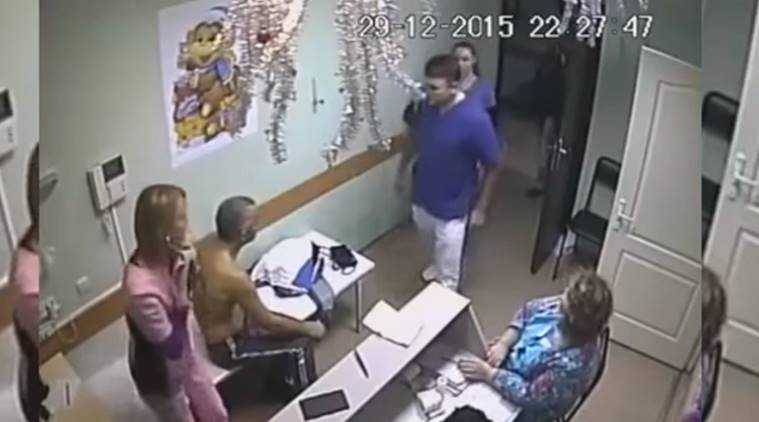 In a shocking CCTV video which has appeared online, a Russian doctor is seen hitting a patient to death in a hospital in Belgorod, 670km from the capital Moscow. The incident is said to occurred on December 29, 2015. Since the CCTV footage came to light, the story went viral. Based on media reports, the patient had previously kicked a nurse, after which the doctor punched him in the head, yelling at him. He also hit on another patient who tried to stop him.

The following day the physician was fired and faces up to a couple of years of prison. The doctor has been identified as a surgeon in the hospital, Ilya Zelendinov, as well as the patient as Yevgeny Bakhtin, a Belgorod resident, 56.