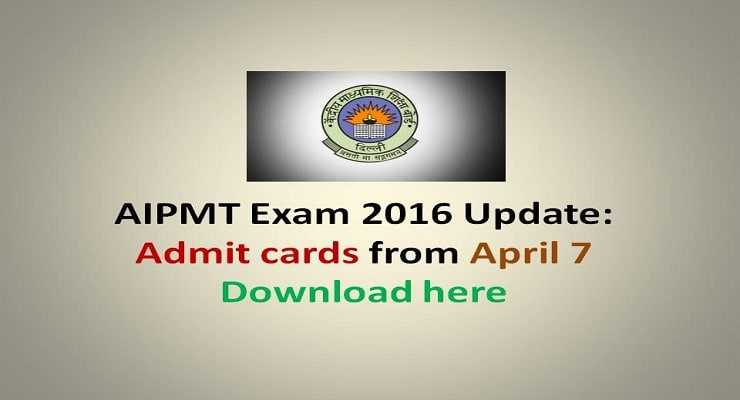 The admit cards of the All India Pre-Medical /Pre-Dental Entrance Test’s (AIPMT) assessment will probably be released on April 7. According to a circular, CBSE was supposed to upload it on April 1 but so the admit cards will release on April 7 since some candidates have not updated their details.

The test is scheduled to be held on May 1.

The examination will be conducted by Central Board of Secondary Education (CBSE), Delhi, for entries to MBBS/BDS courses for the academic session 2016-17.

The results will soon be declared on June 5. The exam will start at 10 AM and would last for three hours.

The entrance exam will consist of 180 objective type questions (four options with single correct answer) from Physics, Chemistry, and Biology (Botany and Zoology).