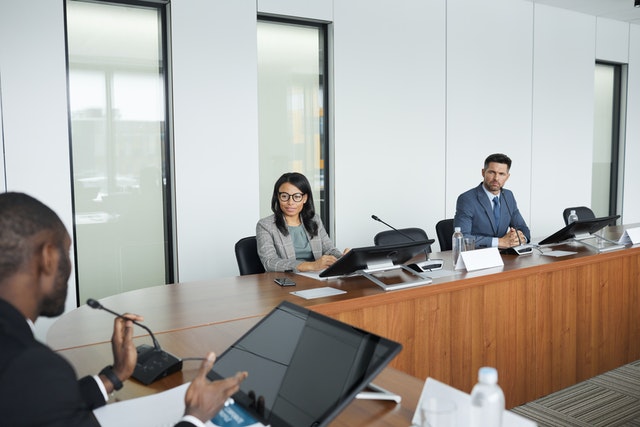 Many urban lower-income public school students lack access to key educational opportunities available to their suburban and middle/upper-income peers. This inequity, amongst others, ultimately limits students’ academic, future career, and economic potential. These students are challenged to receive proper preparation for entering the business world and often lack leadership skills. In fact, nearly two-thirds of all workers feel unprepared to take on leadership roles, meaning we have to work harder to prepare our youth for the future.

While these insights may seem disheartening, there is hope for changing the narrative, and one solution may be the activity of oratory debate.

Debate teams are found in many high schools across the world. These teams help train students for public speaking, high pressure, and critical thinking through the debate program. Members participate in debates or structured arguments with rules. In these debates, each team takes a side on a controversial topic and quickly comes up with a good argument. One team is declared a winner, and teams can participate in local, regional, and national tournaments.

And the reality is that participation in a debate can enhance the skills students need to succeed in business and leadership as young adults. Prospective employers and current business leaders report that graduates often require the following skills for success:

Dr. Gunn continued by stating, “Debate provides students with opportunities to cultivate academic, social-emotional, career, and leadership skills that will help them to be successful in life. With students’ yearly after-school participation ranging from 145 hours for novice debaters and up to 400 hours for more experienced debaters, our programming deeply engages students in debate, builds critical skills, and enhances their academic performance.”

Gaps in the Education System

And the reality is that it is widely known that many public schools – and not just those in low-income areas – do not teach basic financial or business skills. There are many reasons why these classes aren’t taught, but the bottom line is that there are gaps in the education system that lead to students not gaining the skills they need for business success.

But smart educators know the importance of filling these gaps in the education system. One of the most effective ways is by encouraging participation in the debate. While access to debate may be a small addition to a school schedule, it can make a tremendous difference in a child’s academic career and their ability to be successful after they leave school. Students can experience many benefits from participating in debate, including:

Several studies have reported that participation in a debate increases the critical thinking capacity of debate students. It helps students build links between words and ideas and synthesize wide bodies of complex information, which are valuable skills throughout life.

Debate students excel in written and oral communication. Additionally, they can improve their reading comprehension up to 25% more than their peers. Students also become more comfortable with unfamiliar language and new information through debate.

Debate skills can help students throughout high school and college. The average debate team member has a GPA of 3.75 and is within the top 10% of their high school class. Debate students score better on the ACT or SAT and are consistently admitted to prestigious post-secondary institutions. In addition, almost all – 98.58% – of debate students attend college, and debate participation increases the chances of getting a scholarship.

Furthermore, debate can teach the foundational skills required for long-term business success and leadership. According to Dr. Janice Jackson, the former CEO of Chicago Public Schools, states, “As a lifelong educator, I can tell you there is not a single academic activity that advances reading, reasoning, verbal, and writing skills better than debate. If you’re looking for the right investment in the future of Chicago and the future of this country, debate is it.”

As you can see, debate participation may be a key strategy in helping students – especially those in low-income districts – gain the skills they need in life. This one activity can bridge the gap found in many public school curriculums and help diverse students realize success for years to come.