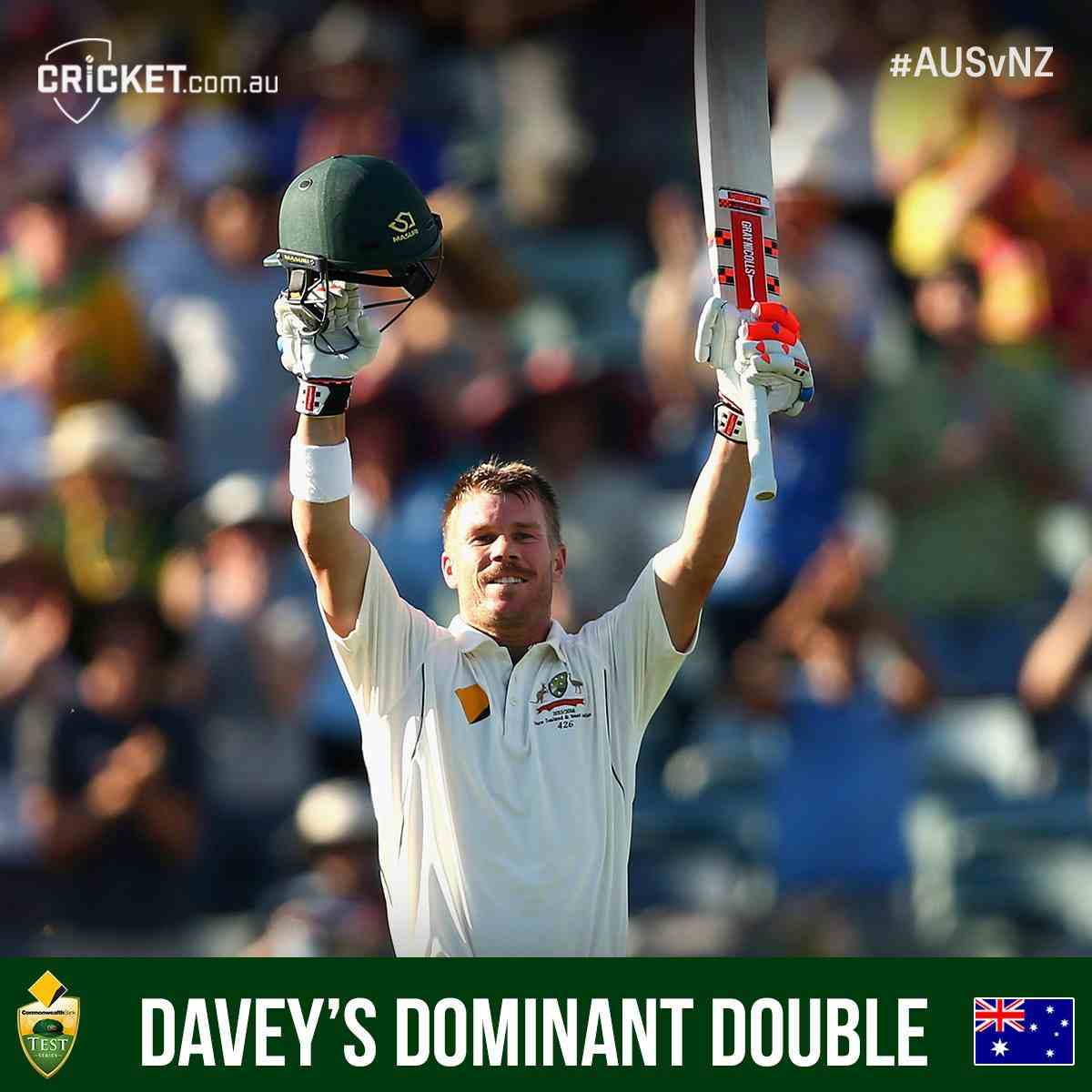 New Zealand has a mountain to climb in the 2nd Test against Australia dESPITE bouncing back with seven wickets on day two at the WACA.

Tom Latham and Openers Martin Guptill were the only New Zealand wickets with Guptill.

Latham enjoyed another encouraging beginning before throwing it away on 36, caught at first slip.

It is been a great Test for the hosts so far but calamity hit on day two after tea, with Usman Khawaja leaving the field.

The lefthander, fresh off his second century in two Tests, sprinted after a ball in the 12th over pulling up clutching at his left hamstring.

Past 250 rushed in only four overs, passing the milestone courtesy of an outside edge off Trent Boult which rushed previous Mark Craig at second slip for four.

Having creamed the preceding ball through the covers for four, Smith took an ungainly swipe at a ball outside off stump that was wide without transferring his feet.

Adam Voges (41) and Mitch Marsh (34) both made contributions that were helpful before dropping, the latter to a fantastic caught and bowled against Doug Bracewell.

The tweaker missed out on his hat trick, with him sweeping for four.

Josh Hazlewood and Lyon put on a 12-run tenth wicket- before Smith determined he’d seen enough, stand, calling the pair in at 9-559.

Get the most recent upgrades in our live blog.