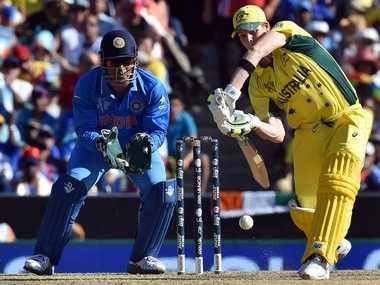 Sydney: The third and final match of the forthcoming Twenty20 series between India and Australia will turn pink after rain washed out a sizable section of the yearly Pink Test in Sydney to support the McGrath Foundation.

The McGrath Foundation set a fund-raising total of $380,000 for the Sydney Pink Test between Australia and the West Indies — enough to fund one McGrath Foundation Breast Care Nurse for three years — but due to rain fundraising fell short of the target.

“The Foundation’s largest fundraising day, Jane McGrath Day (named after McGrath’s late wife) — day three of the Test — was hit especially hard by the rain, resulting in the least-attended Jane McGrath Day since its inception in 2009,” Cricket Australia said in a statement.

The Twenty20 series between will begin on 26 January in Adelaide.

Cricket Australia CEO James Sutherland said the Pink Test had a goal to raise $380,000 for the McGrath Foundation but the weather kept it from reaching the total.

“Despite the steady rain, the cricket community however showed strong support during the Pink Test, helping raise more than $250,000,” he said.

“While we can not control the weather, we do have other international matches ahead, and the third KFC T20 International at the SCG on 31 January will be used to raise important funds and awareness for the McGrath Foundation,” he added.

The 31 January match indicates the return of T20 Internationals to the SCG.

Buffs will undoubtedly be supported as it would have been on day three of the Test to wear pink to bath the earth in pink.