Indian Skipper MS Dhoni and his back spasms continue to be a cause of worry as team India prepare to take on Pakistan in a 2016 Asia Cup T20 match in Mirpur on Saturday.

Dhoni was absent for the pre-match practice session again, suggesting the India skipper is still fighting with the back problem that nearly kept him out of the opener against Bangladesh and compelled the BCCI to fly in Parthiv Patel as cover. 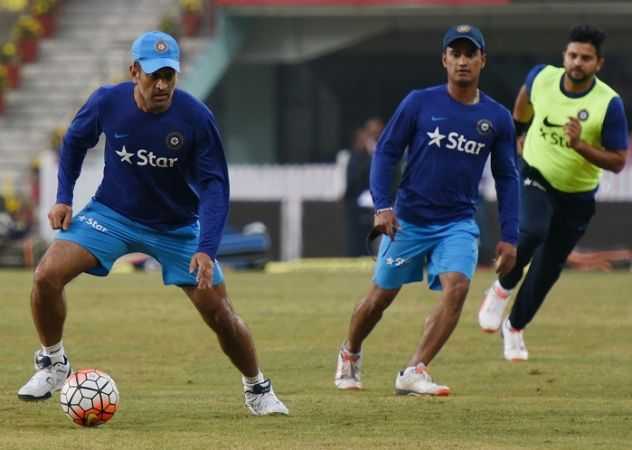 The 34-year-old just played in the Asia Cup opener, a match which India won by 45 runs, after convincing the team management he can play, but it appears that may have come at a cost.

While the injury isn’t expected to be intense enough to keep Dhoni out of the match against Pakistan, there is going to be a stress over the long term problem it can cause. India actually cannot afford to go for the World T20 without Dhoni, because he gives so much equilibrium to the lower order, and surely 100% fitness for the Twenty20 World Cup should be the priority.

But they do not make them much bigger than an India vs. Pakistan match, so there’s little chance of Dhoni. Nonetheless, it might be wise to rest Dhoni for the final two league matches of the Asia Cup – against Sri Lanka and also the UAE.

Patel is not a right choice and a natural replacement because the lefthander isn’t skillful at playing lower order, but India has enough firepower to be able to manage in those two matches.

Another player who missed training on Friday was Ashish Nehra, who, considering he used to be one of the most injury-prone players to play for India, has a training regime only geared up for him. Nehra is also essential to India’s fortunes, having made an impressive return to international cricket.

Besides the two fitness stresses, India has no other playing XI problems to cope with, and, provided Nehra and Dhoni recuperate, should go with the same team that beat Bangladesh on Wednesday.

Pakistan has a playing XI question or two leader of them being which fast bowlers to play against India. Mohammad Irfan and Wahab Riaz should undoubtedly be in, and with Mohammad Amir coming back in the side, he might get the nod ahead of Anwar Ali and Mohammad Sami, even if the latter two are the only right-arm choices amongst the fast bowling quintet.

Together with the fast bowlers being assisted by the pitch at the Shere Bangla National Stadium, Pakistan might go the Bangladesh manner and play with Shahid Afridi as the sole mainline spin choice, with four seamers. That means Mohammad Nawaz remarkable in the PSL, with Ali likely getting the nod warming the bench for this big game.