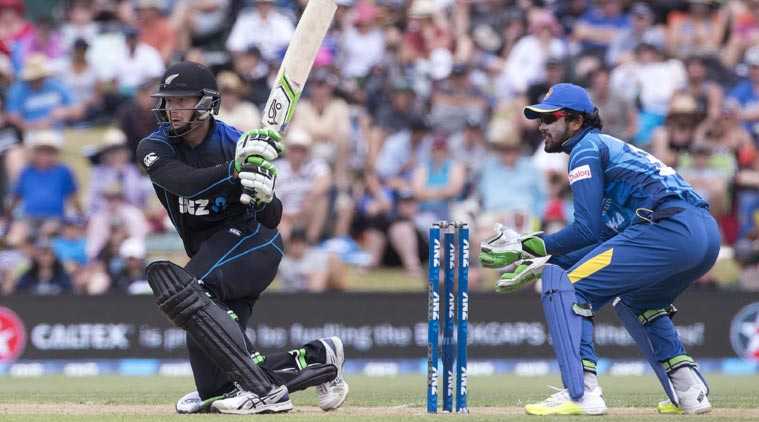 In-form batsman Martin Guptill 58 broken off 34 balls to set up New Zealand for a tense three-run triumph in the first Twenty20 international against Sri Lanka in Mount Maunganui on Thursday.

Sri Lanka required 13 off the last over by Grant Elliott at Mount Maunganui and had three wickets in hand but could only manage nine runs as they lost two wickets.

The result put the pressure on Sri Lanka to win the final and second match in Auckland on Sunday or they’ll fall from first to third behind the West Indies and Australia in the world standings.

Tillakaratne Dilshan captain Dinesh Chandimal was outside in the third over as they attempted to drive the pace against the bowling of Trent Boult and Matt Henry and went at the beginning of the second over.
But on the 3rd ball of the closing over Kulasekara was nicely caught in the deep Kapugedera and by Boult was run out on the following delivery.

Kane Williamson and Guptill gave a flying start bringing up their century partnership at the beginning of the 11th over to New Zealand.

While Colin Munro scored 36 and Ross Taylor wasn’t out 22 Williamson followed shortly after for 53 off 42.

For Sri Lanka, Kulasekara took two for 26, while the leading bowlers for New Zealand were Boult for 21 with three and Henry with three for 44.