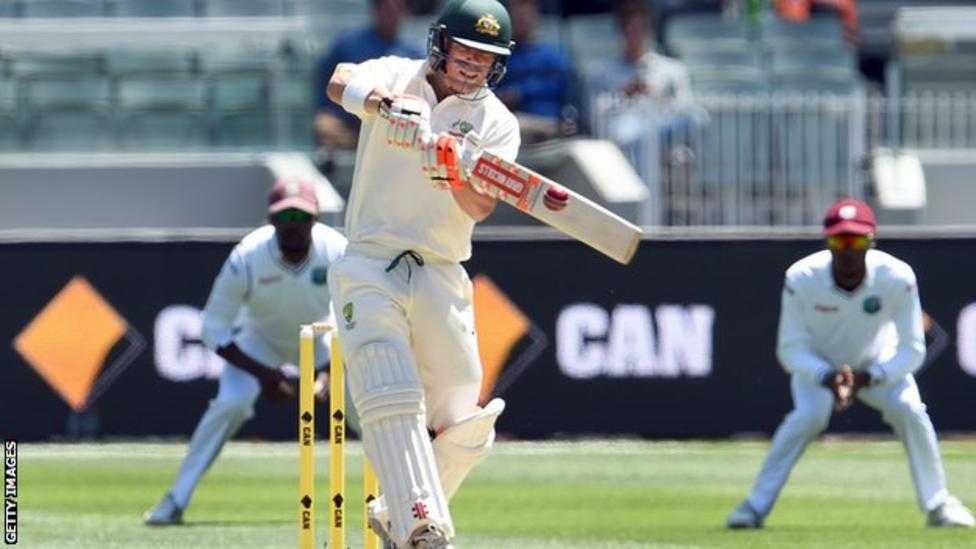 Opener David Warner reach an unbeaten 122 as Australia brought on a rain.

Opener David Warner reach an unbeaten 122 as Australia brought on a rain.

Score board
A draw was unavoidable after just 86.2 overs were possible on the first four days after significant rain in Sydney.

Australia were 2-0 up in the chain, but them stop from transferring top of the Test positions.

The opening two hours of the last day were also lost to rain but Denesh Ramdin managed to finish his second half century of the match before Steve Smith caught him off Steve O’Keefe.

Lyon as O’Keefe removed Jerome Taylor for 13 to conclude with a Test snaffled a grab at point best 3-63.

By then Warner had finished his 16th Test century but both sides elected to finish the match as a draw halfway during the last session.