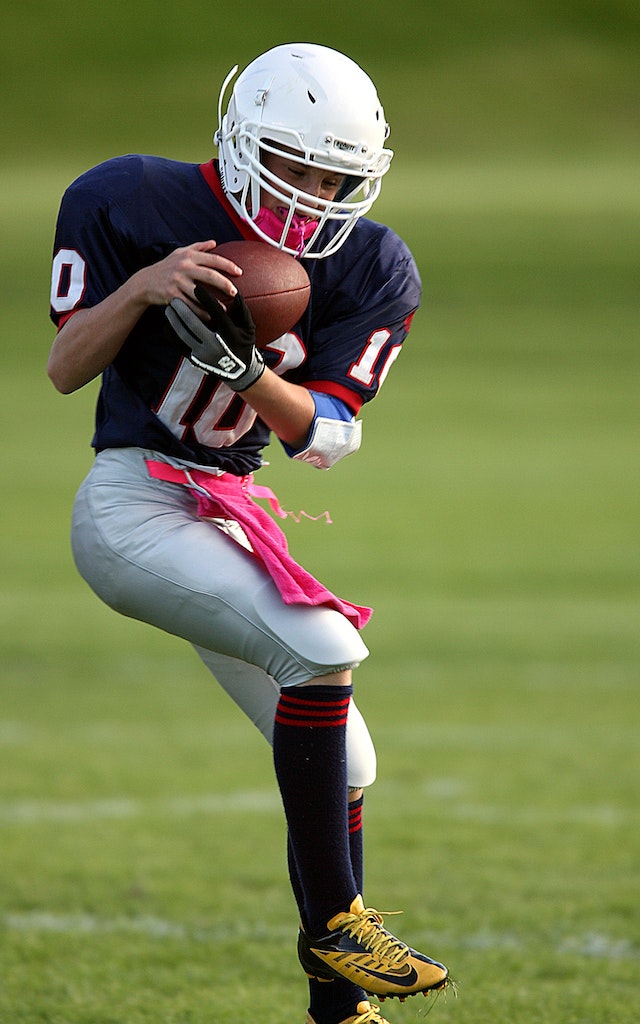 A wide receiver is a position in football that is eligible to receive the ball. It is a key position in the offense, and they are typically one of the fastest players on the field.

A wide receiver can win a game with a single touchdown, so having a good one on your team can be pivotal to success.

A good way to determine NFL betting spreads is how large a deal was. The bigger deals determine how desired a player is. So, here are the top 10 largest deals signed by wide receivers.

Nicknamed ‘Cheetah’ for his impressive speed, Tyreek Hill has been a formidable player since his draft into the Kansas City Chiefs in 2016.

In his six-year career with the Chief, Hill received 9 Pro Bowls and was honored in the NFL 2010s All-Decade team as a punt returner.

In 2022 he was traded to the Miami Dolphins.

Davante Adams was drafted into the Green Bay Packers in 2014 and stayed with them until he was traded to the Las Vegas Raiders in 2021.

Adams received 5 Pro Bowls during his time with the Packers and was the NFL receiving touchdowns leader in 2020.

DeAndre Hopkins is a 5-time Pro Bowler and has been named three times First-Team All-Pro and two times Second-Team All-Pro.

In 2017 he was the NFL receiving touchdowns leader with 13. In 2019 he was traded from the Houston Texans to the Arizona Cardinals. The Texans were criticized for letting Hopkins go.

Cooper Kupp is the 4th player in NFL history to lead in receptions, receiving touchdowns, and yards in one season. That same season in 2021, Cooper was named the MVP of the Super Bowl after winning it.

He is one of only three receivers to win the NFL Offensive Player of the Year award, which he did in 2021.

Having stayed a part of the Los Angeles Rams since his draft in 2017, Cooper comes from a long line of football players, with his dad, uncle, and grandfather previously playing in the NFL.

Being drafted into the Minneapolis Vikings in 2015, Stefon Diggs is mainly known for catching the pass in the ‘Minneapolis Miracle’ and making history as the first game in NFL playoffs history to end with a touchdown as time expired.

In 2019, Diggs was traded to the Buffalo Bills. The following year he led the NFL in receptions and receiving yards.

His younger brother Trevon Diggs was drafted into the Dallas Cowboys in 2020.

A. J. Brown was awarded the Conerly Trophy in 2017, given to the best college football player in Mississippi. Two years later, he was drafted into the Tennessee Titans.

Brown was a Pro Bowler in 2020, just one year after his draft.

Deebo Samuel was drafted to the San Francisco 49ers in the second round in 2019. He owns the NFL record for the most rushing touchdowns in a season by a wide receiver with 8 in 2021.

That same year, he received his first Pro Bowl and First-Team All-Pros honors.

Drafted into the Seattle Seahawks in 2019, DK Metcalf was awarded his first Pro Bowl in 2020. That same year he received the most yards by a rookie in a playoff game at 160 against the Philadelphia Eagles.

Drafted in 2019, McLaurin was honored into the PFWS All-Rookie team that same year. This way=s because he recorded over 900 receiving yards with seven touchdowns.

Before he was drafted to the Carolina Panthers in 2018, Moore was named the First-Team All-Big Ten in 2017.

All these players are legends in the history of wide receivers and are definitely ones to look out for in the future.

Who knows, maybe one of them could be the next Jerry Rice or Don Hutson.