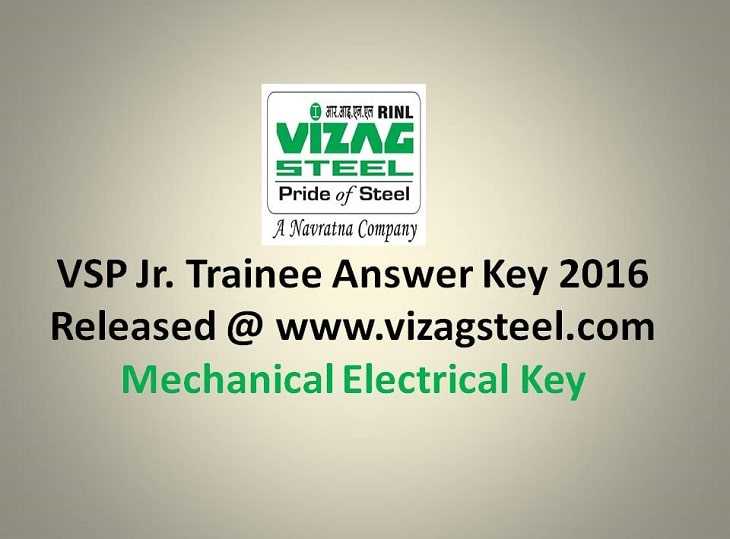 The Rashtriya Ispat Nigam Limited-Visakhapatnam Steel Plant (RINL-VSP) has released the official answer key of Junior Trainee Exam for Mechanical and Electrical on the official website. Earlier, it has successfully conducted the written exam for the posts on 28th February 2016. Those who had appeared for the exam might be waiting to check the answer key to analyze their performance. Now as the answer key was officially made, the candidates who had appeared can check them on the website or from the link provided below. 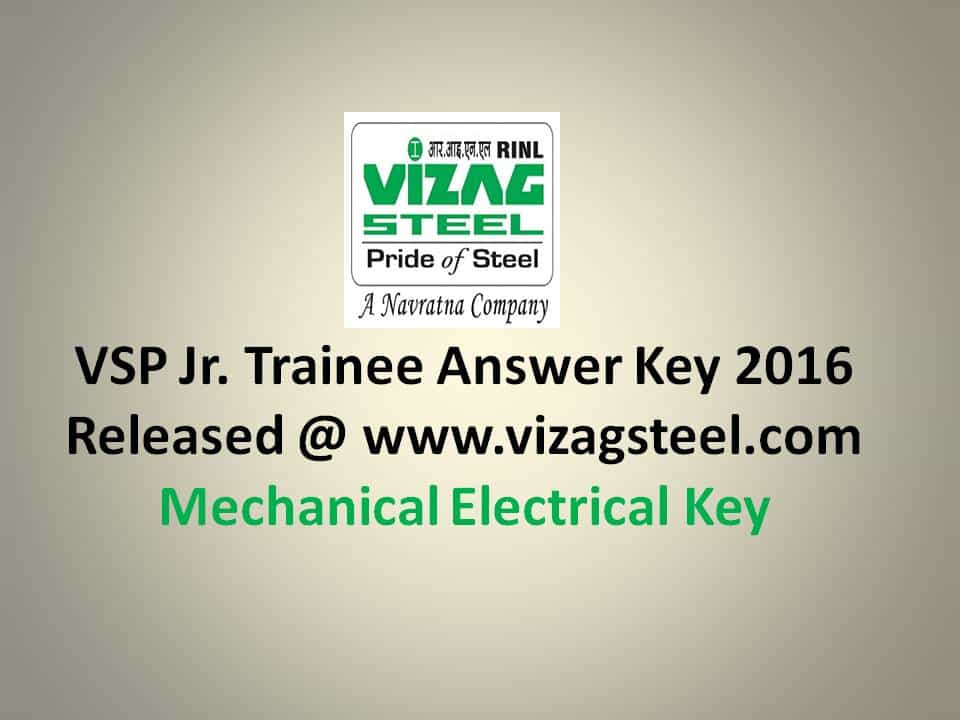 The Vizag Steel Plat is one among the Navaratna companies is a corporate entity working under Rashtriya Ispat Nigam Limited (RINL). It is under the control of Ministry of Steel which will recruit candidates for various posts by releasing the notification and inviting the applicants. Like every year, the VSP has released the notification of Junior Trainee for Mechanical and Electrical posts and invited applications from the eligible candidates to fill up the vacancies.

Do visit this webpage for all education, results related stuff.